This Is The Ultimate VW T3 Adventure Camper

VW T25 /T3  Syncro’s are one of the finest vans ever created by VW, they only built a small number of these 4×4 monstrosities so seeing them can be a rare occurrence as the owners tend to take them off the road rather than on.

Here is a close-up with a Syncro and it’s owner Rob Heran who believe it or not is a professional mountain bike addict who enjoys taking the more complexed routes just like his fellow VW T25 Syncro. He bought this beast in early 2017 and started his long conversion process with his dream of it becoming his off-road weekend home, and boy… did he do just that.

The engine has been replaced by a modern 120hp TDI, the interior re-crafted, all doors replaced and a tonne of new accessories has been added. Not only that its equipped with new LED lights, two new batteries, a new 100-watt solar panel and Recaro seats for comfortability while travelling thousands of miles on and off-road.

The most noticeable feature of this incredible van is the Heimplanet Inflatable Tent which fits onto the roof rack, with this tent there is no poles needed, simply a few strong breaths and the outside chambers will fill with air and shape the tent in minutes.

And proof that Rob is a complete nutter, he has even crafted a portable jump from his roof rack that can be attached tot he side of the van allowing him to jump his mountain bike wherever he wishes! An incredible adventure van built by an incredible guy, keep up the great work on your VW T25 Syncro Rob! 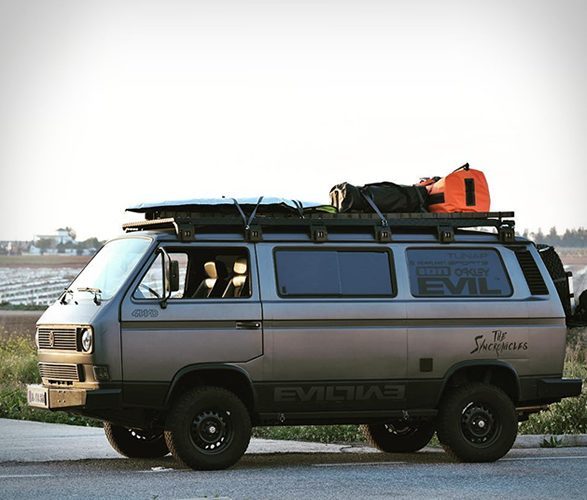 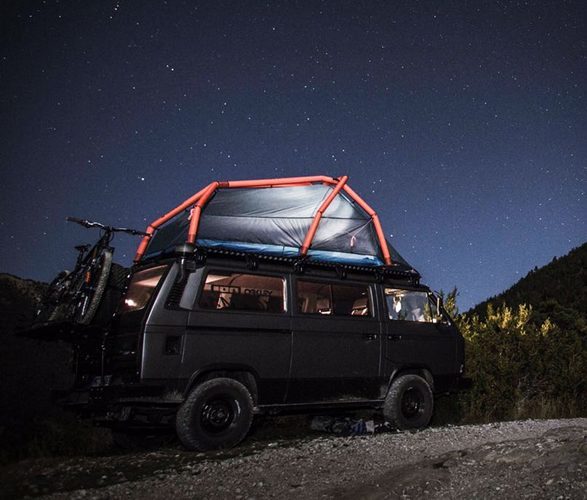 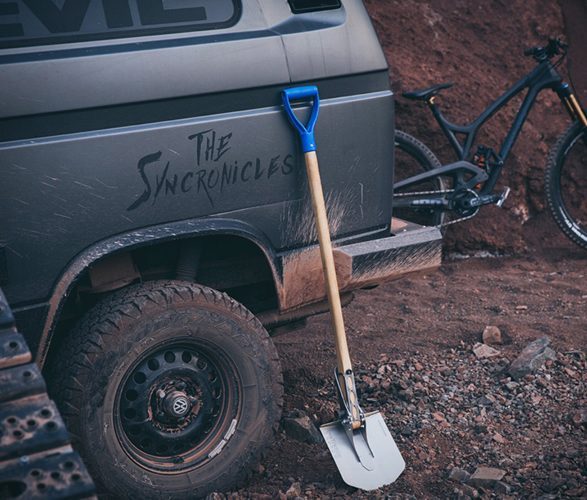 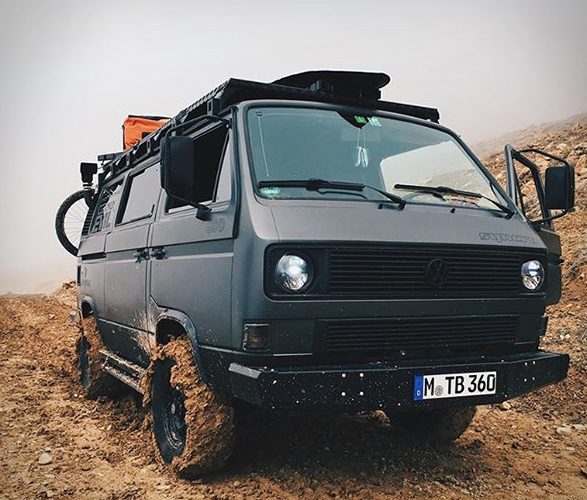 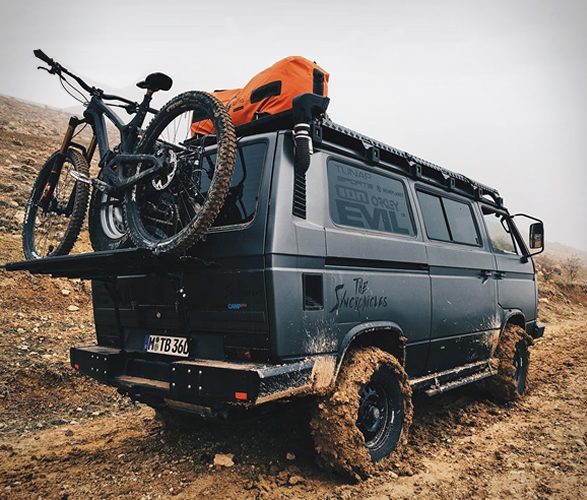 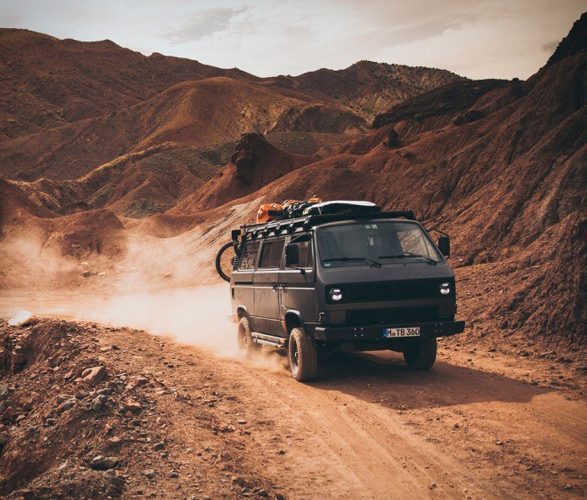 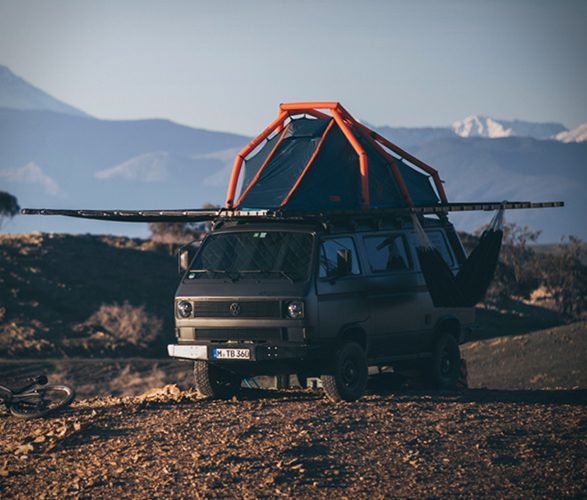 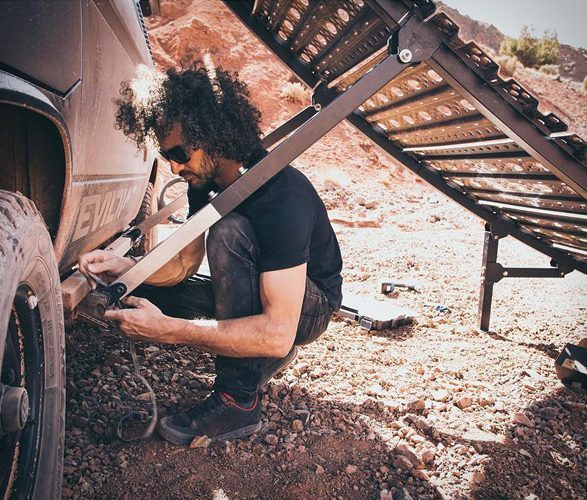 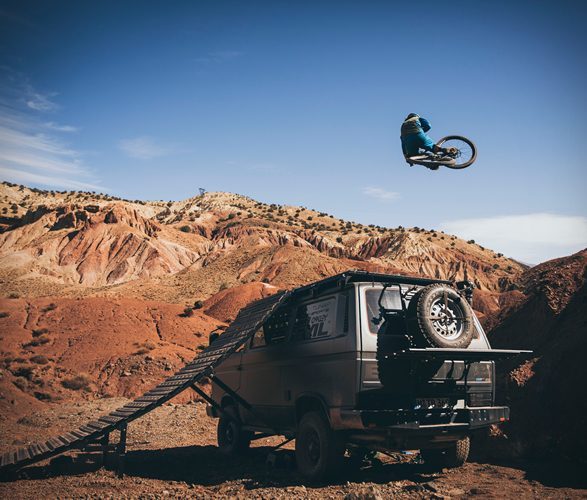 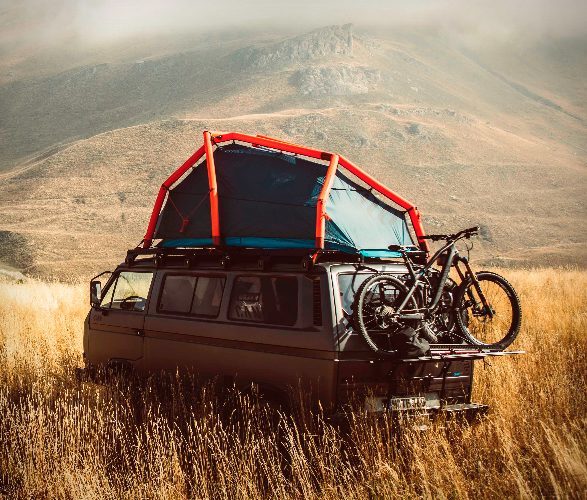 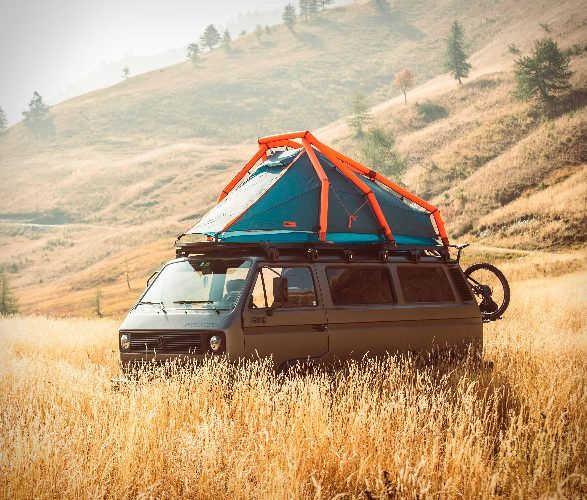 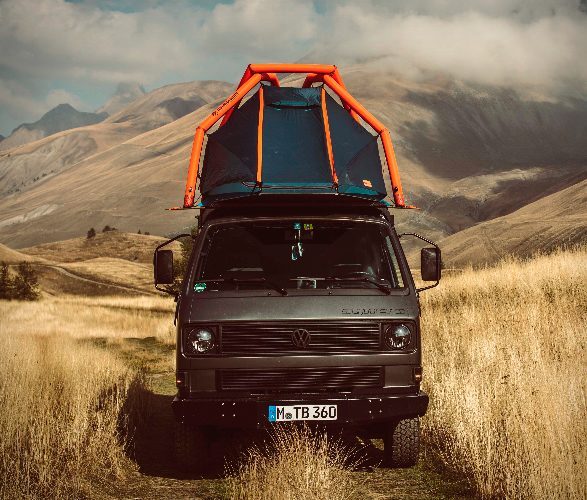 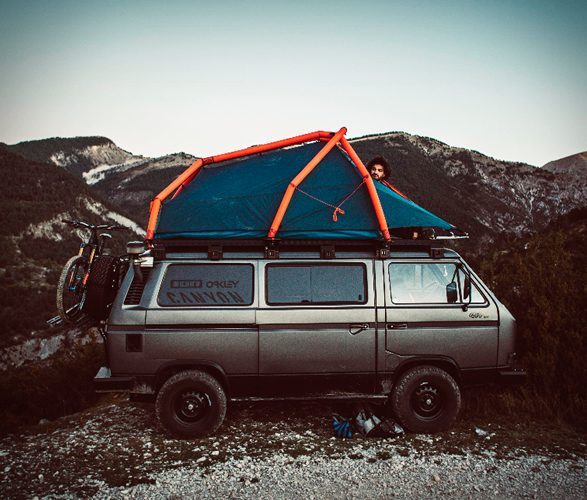 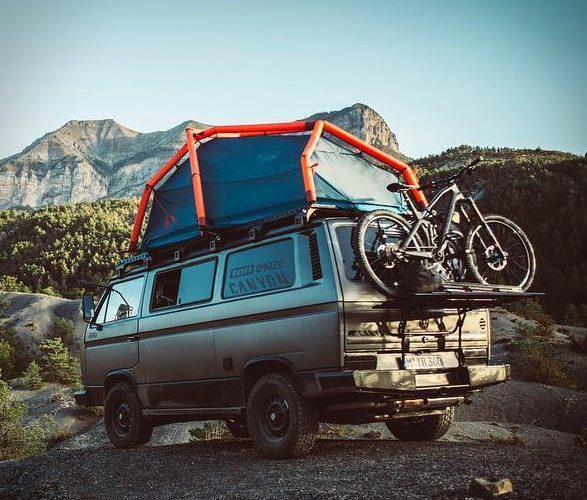