Toyota Proace Campers to Bring a Touch of Modernity to Van Camping from $45,900

A campervan provides a kind of flexibility that no other recreational vehicle can. You get to bring home comforts with you wherever you go, without having to tow anything. And if you crave a full camping experience, you can definitely enjoy a rooftop tent.

It saves you the hassle of setting up camp, which is not everyone’s cup of tea. 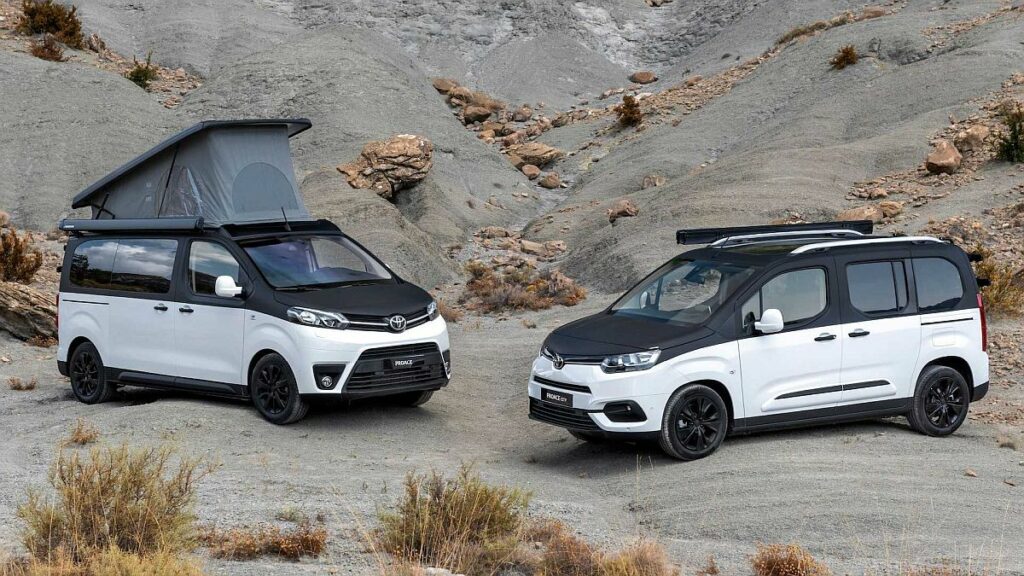 Motorhomes with pop-up roofs have been around for a while. But today’s options are nothing like what campers had to choose from a few decades back.

The vans we have in the market are taking the campervan experience to the next level.

And Toyota’s new Proace models are at the very top of their game. 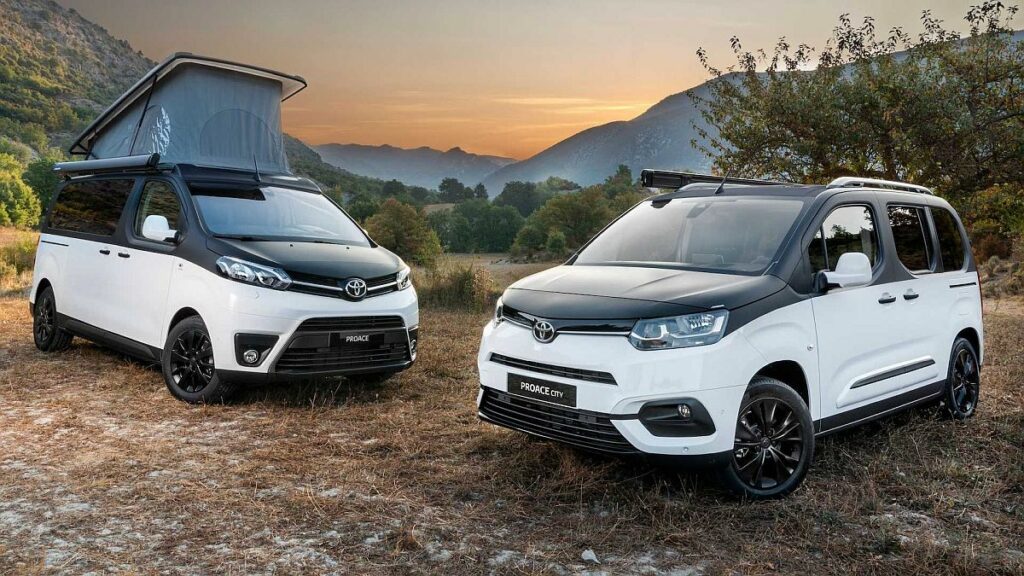 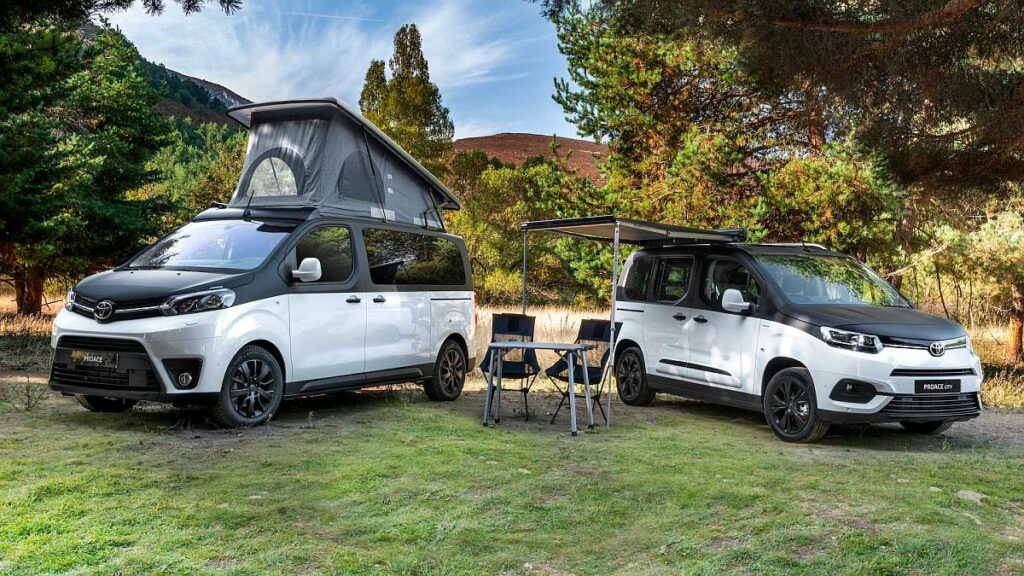 You get to choose between a 1.5l and a 2.0l drivetrain, with options of eight-speed automatic transmission or six-speed manual transmission.

Both models are available in 2WD, with no 4WD. 2WD means you cannot go all off-road with the Proace camper vans, but they’re resilient enough to take you some of the way. 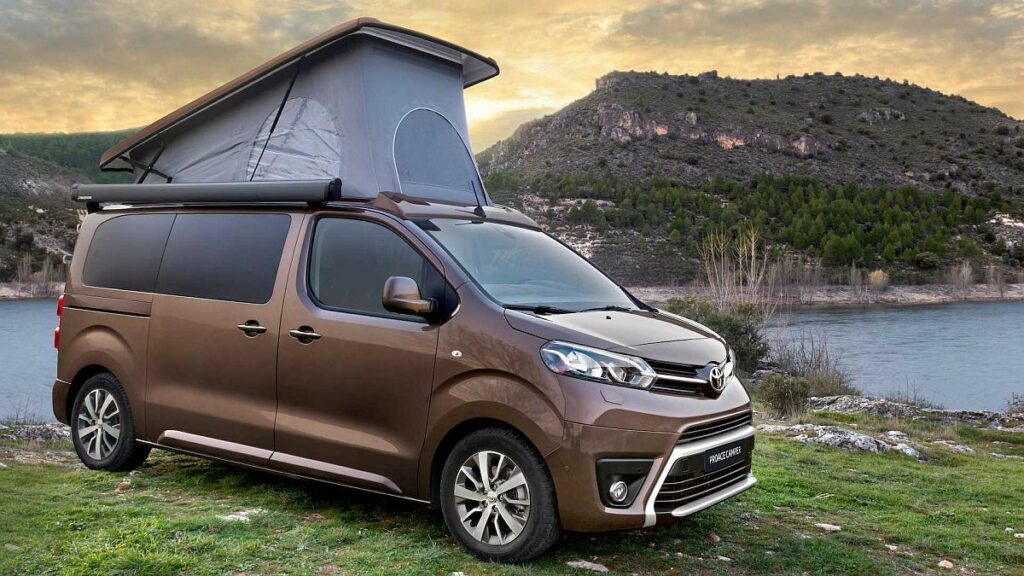 To turn the Proace Verso into something more, Tinkervan has built a tent into its body, getting rid of the stock roof that initially comes with the van. The upgraded top also comes with an awning.

Other upgrades that Tinkervan fit into the van include rotating seats, a modular kitchen, a 10.5-gallon fridge, and a sink with a 12V water pump. There’s also a stovetop burner, a water delivery system, and a propane tank in a separate storage compartment.

The Proace Verso Camper is available in two body lengths, medium and long. Drivers can choose from four configurations, each of which comes with different features.

The configuration Toyota showed at the expo is known as the Nomad Plus Home Finish. 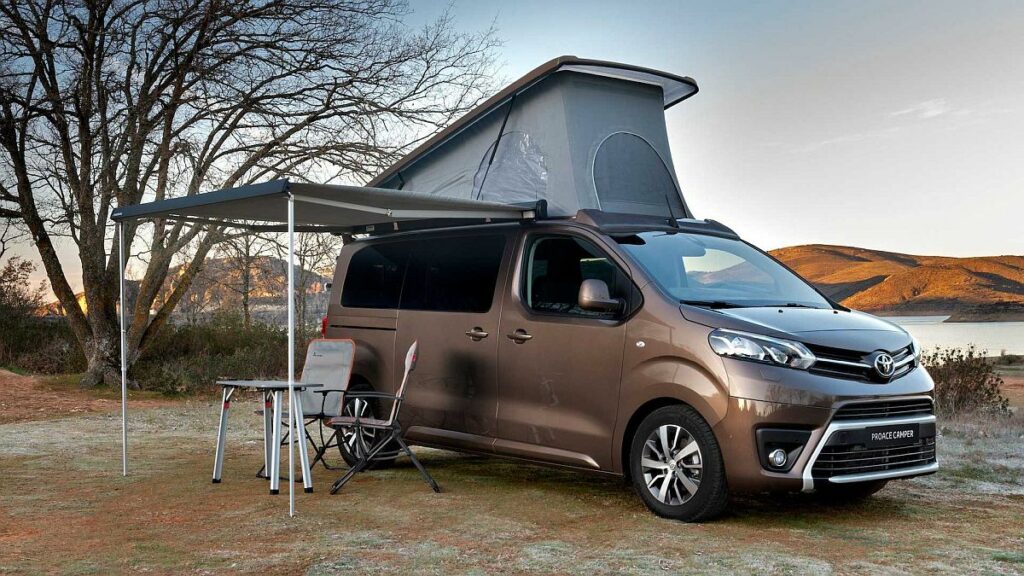 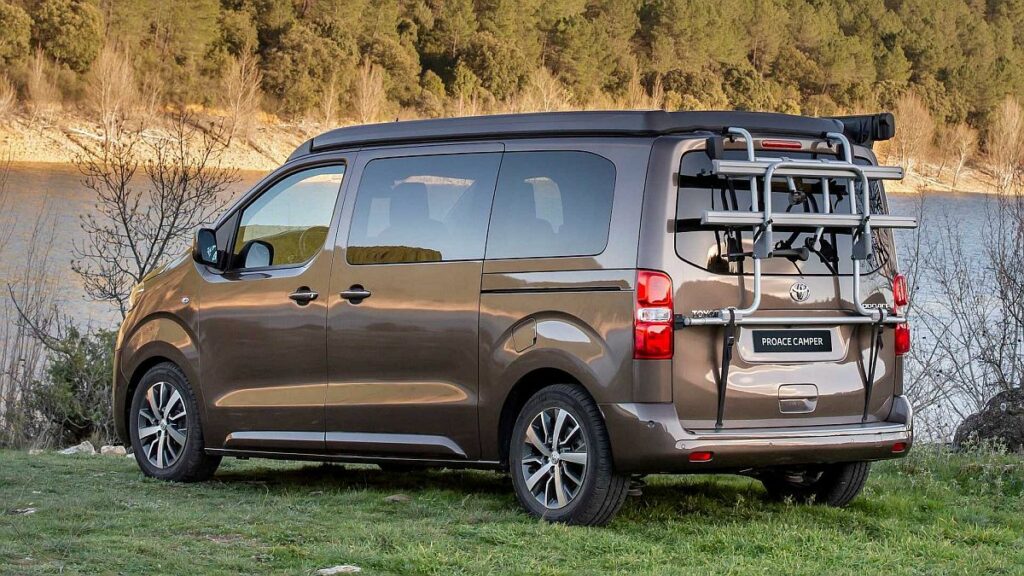 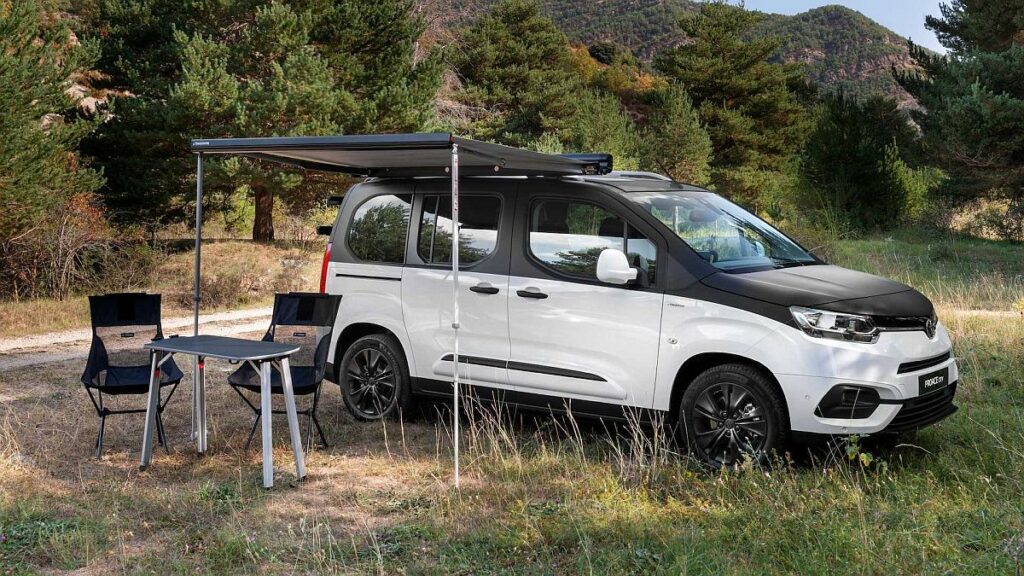 The modified Proace City Mini Camper sleeps four people—two on the modular bed in the interior and two in the rooftop tent. The tent is accessible by a ladder on the outside.

Unlike the Proace Verso Camper, this van lacks a kitchen sink. 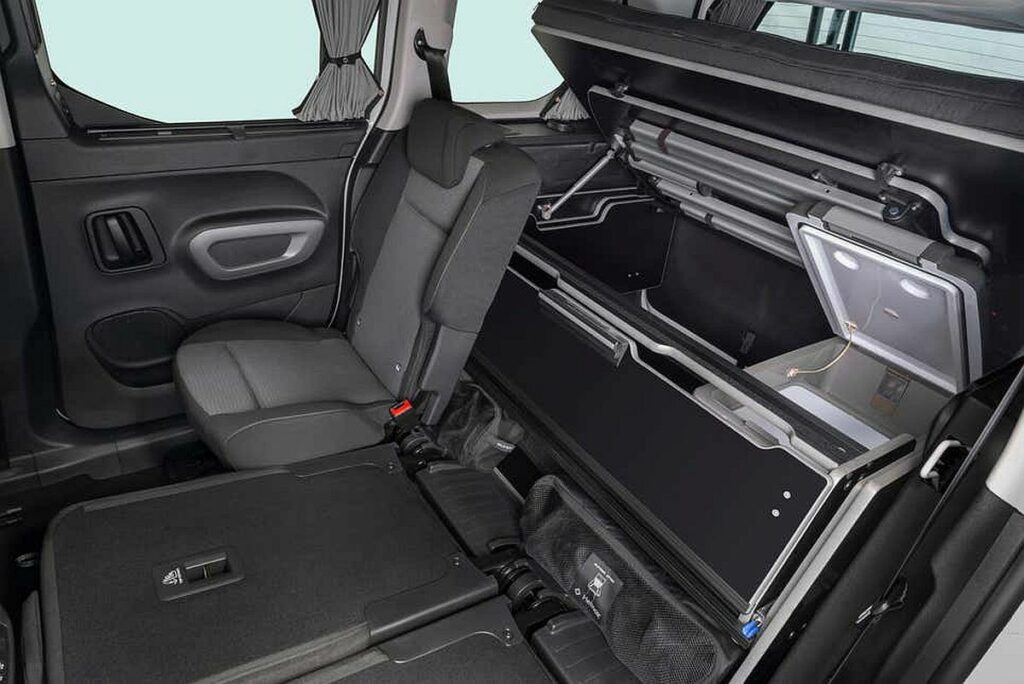 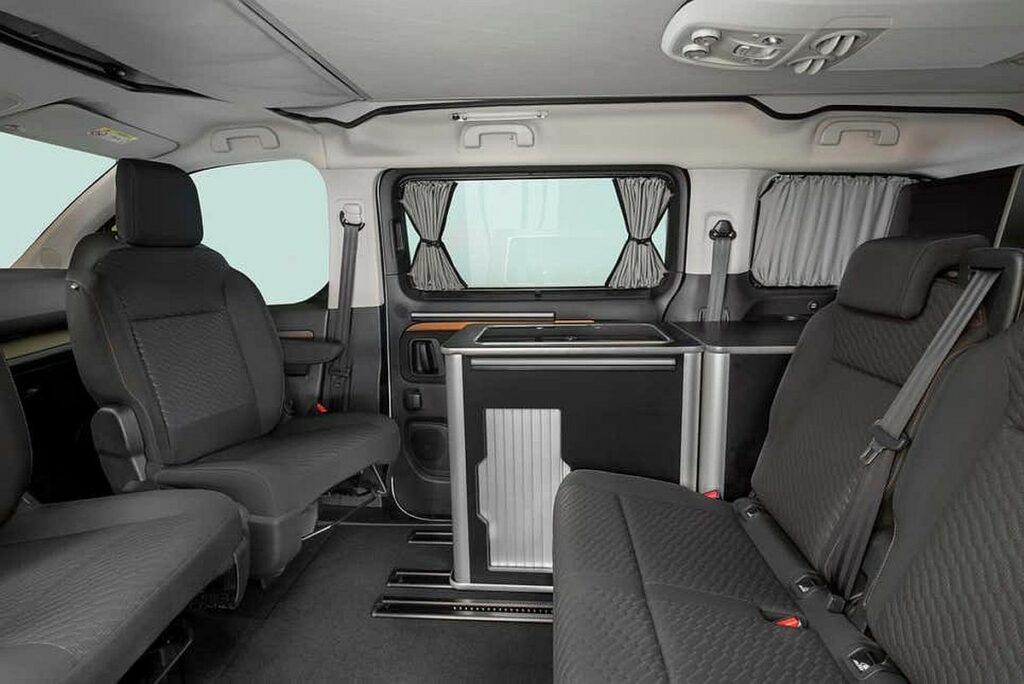 The Proace City Mini Camper is also available in two body lengths but only one configuration, Outfun. Here, you get swiveling seats, a modular bed, a fridge, and a pull-out table.

The Proace City Mini Camper can carry five people but only sleeps two. The rooftop tent and awning are offered as an option on this model.

Getting ready for off-road adventures gets many times easier with a Toyota Proace mini camper. These vans are available in Europe from Toyota, starting at $45,900 for the Verso Camper and $31,800 for the City Mini Camper.

The Best Stocking Stuffers For Vanlifers Under $25

If you know a vanlifer, chances are you’re not too sure what to get them for the holidays. We’ve gathered some of the best vanlife stocking stuffers and the best part is, they’re all under $25!  Living in a van typically means that you have less space and tend to lean towards the minimalist way […]

The Most Useful Gifts For Vanlifers Under $100

As the holidays quickly approach, so does the undeniable push to buy a gift for someone in your life. Now, we are all for opting out of the gift tradition and instead, coming up with your own less consumer-based idea. However, sometimes. buying gifts for those in your life is a wonderful sentiment to send […]

The 9 Best Vanlife Gifts For The Holiday Season (Jackery, DJI and More!)

Do you feel like spoiling the vanlifer in your life (or yourself)?