Meet The King Of All Sprinter Conversions – The Mercedes Benz Sawtooth

So just when we think we’ve finally written everything on how cool Sprinter Conversions can be, we get a picture of The Mercedes Benz Sawtooth converted by RB Components in our inbox. After staring at it wide eyed for an hour like kids in a sweet shop, we threw out the rulebook and decided to make a shrine to this behemoth of off-road luxury.

White panel vans don’t ooze cool. It’s a fact, and I’m not being ‘vannist’ here. Don’t get me wrong, when they’re converted they look incredible, heck I’ve done exactly that with my van. The thing is, they don’t usually make you feel like you’re stepping on to Air Force One with a bottle of scotch tucked under your arm. But things are about to change.

The fourth version of the Mercedes Benz Sawtooth comes with a fresh water system that can carry up to 69 litres, a bbq grill on the back, and plush seats around a table thats big enough for a bit of poker or a round of monopoly. These chairs are built for, as Will Smith once put it, ‘chillin out, maxin, relaxin all cool’. And if they aren’t relaxing enough for you, theres an on board shower that should do the trick. 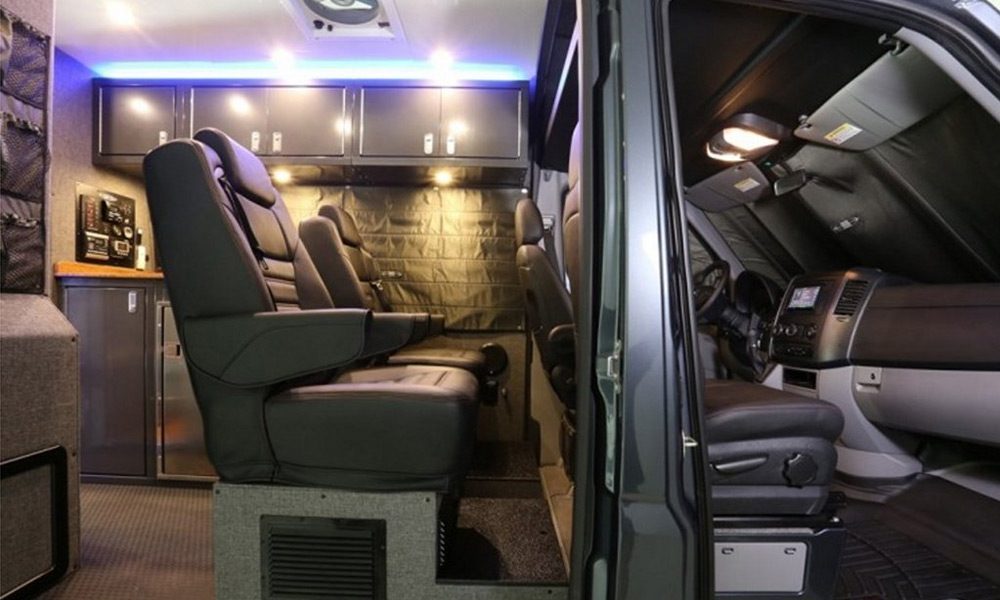 The lights over the tops of the cupboards are reminiscent of the Millennium Falcon, and there’s plenty of storage for your cuban cigars, or if you’re more like me, your Nintendo Switch and a packet of brownies (result!). There’s also a fully functioning kitchen with 12v fridge and a space age looking spice rack. 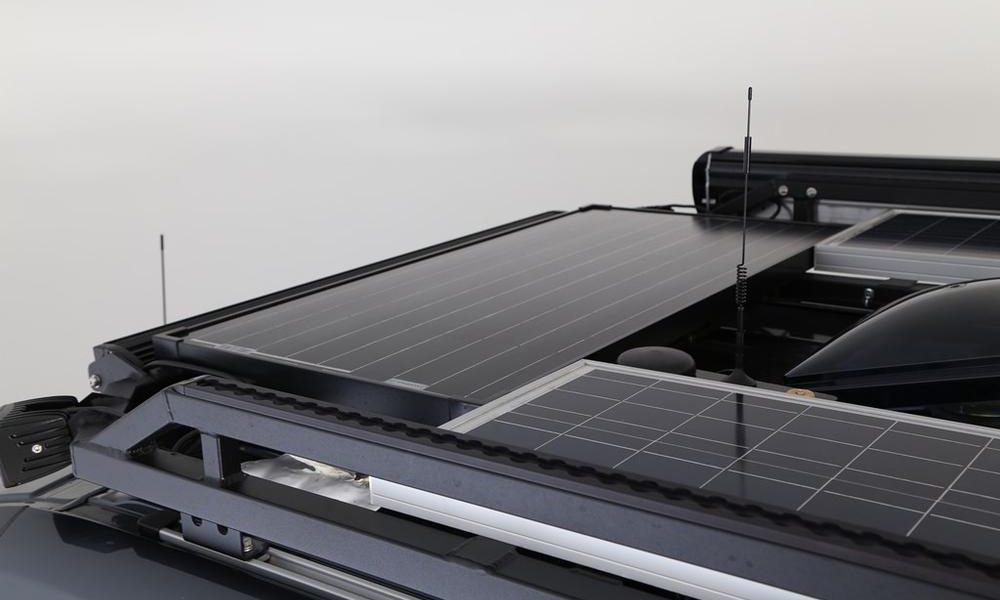 On the roof we’ve got enough solar power to keep you going in the middle of nowhere indefinitely (providing your in Mexico and not in the middle of Sherwood Forest), and the electric powered awning means that you can quickly get into the shade at the touch of a button. 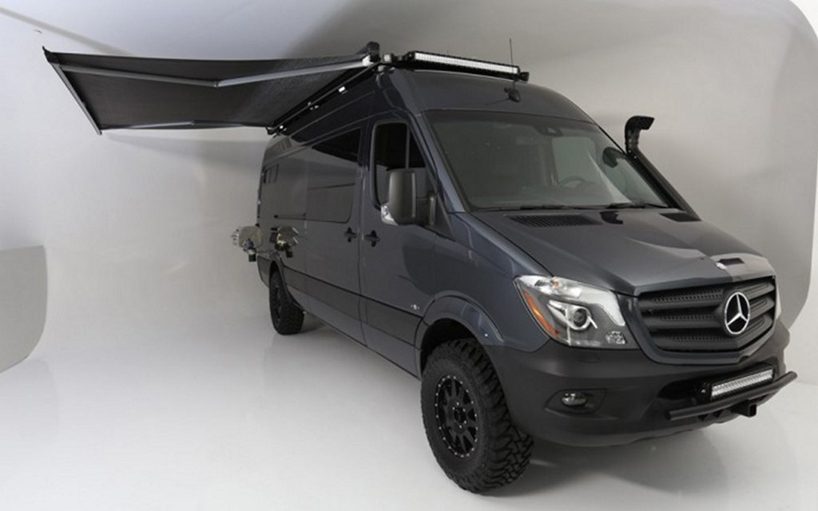 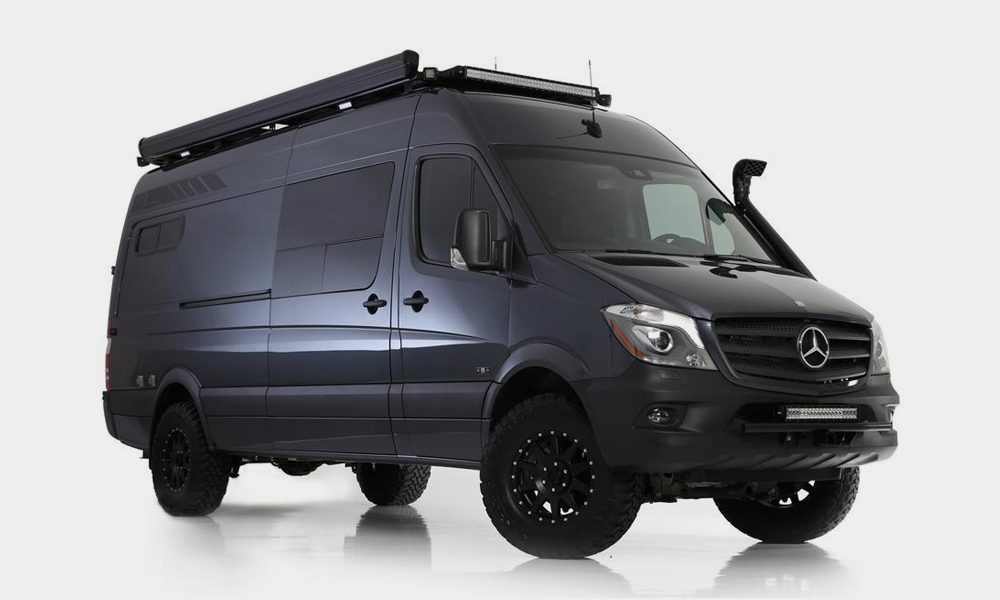 Spotted the Land Rover style air inlet pip yet? No problems with crossing rivers in this bad boy. No terrain is unreachable in the Mercedes Benz Sawtooth.

It’s awesome, in every sense of the word. We’ve looked at a lot of luxury sprinters over the past couple of months, but this one really gets it right. Style, sophistication, and power, all in an off road vehicle that knows no boundaries. It’s a self sufficient motorhome thats ready for adventure. Are you ready to take the wheel?