The Toyota Hilux Camper Is A Expedition Truck On Steroids

Ever wondered what a pick up truck would look like if it got bitten by a radioactive spider and turned into a super intense off-road camper that knows no boundaries? Enter the Toyota Hilux Camper; camping isn’t going to know what’s hit it. 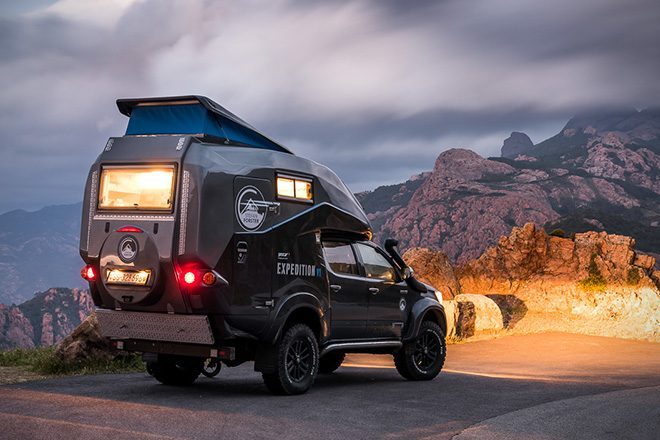 This modified monster was built by photographer Stefan Forster, who decided that off-road living wasn’t worth it unless you were chewing up asphalt and conquering the globe in the process. This machine has some serious power behind it, and also has some pretty impressive mod cons, including  a TJM snorkel, HELLA lights, underbelly protection for those jagged mountain ranges, and an internal radio control unit (nothing is stopping Stefan and the Toyota Hilux Camper). 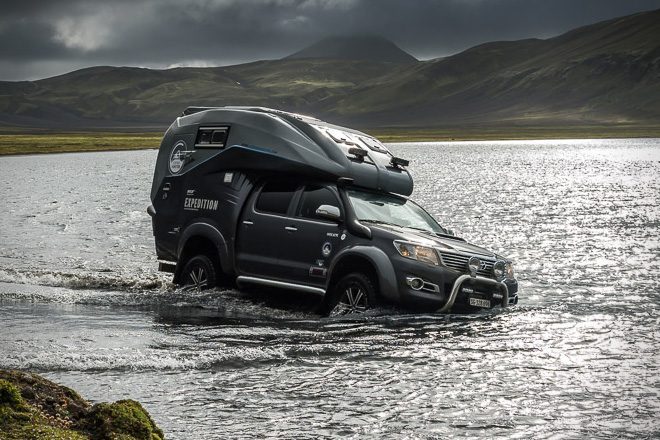 Land or water, this thing is pretty much unstoppable. We’re immediately impressed by the build on the outside, but what’s it like on the inside? 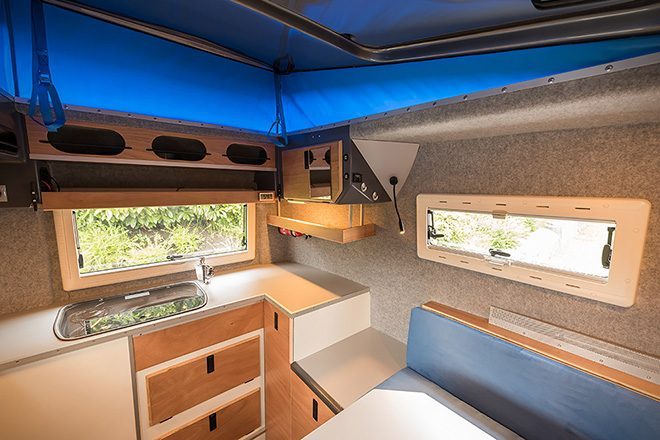 Surprised? We were too. For such a rugged looking motor, the inside is very homely and has everything that you could need for a trip up into the mountains. There’s plenty of storage and a full working sink, plus the windows allow plenty of light in so you don’t have to rinse your battery power during the day time. The pop top also gives you that extra bit of room when you’re inside, which means no bad back for Stefan!

There are two double seats either side of a decent sized table, and a bed that pulls out over the top for you to catch some z’s after a hard days snapping (that’s camera talk for talking pictures). It looks pretty comfy, not like some of the beds that we’ve tried out in truck campers. There’s even a shower hidden away in here somewhere too! 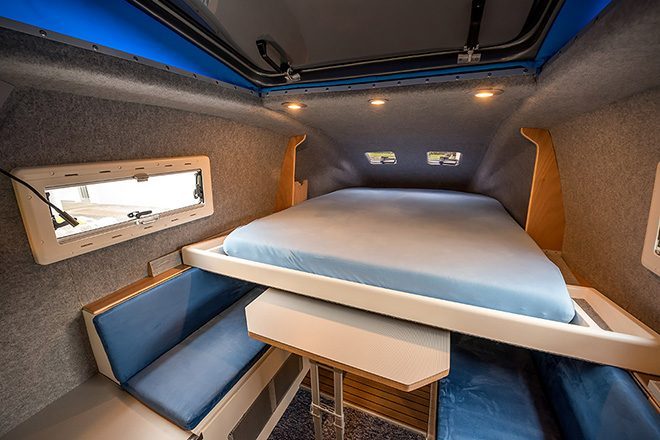 This is the part where we crush your camping fantasies. Unfortunately, this is a specially designed dream build that Stefan commissioned for himself, which means that it’s the only one of it’s kind. But if Stefan can create his dream mobile home then you can too, and there’s no reason why you can’t save up and get yourself something like this in the near future. You could even build one yourself if you have the time/money/patience to see a build from start to finish.

This Toyota Hilux Camper an incredibly impressive machine with a lot of amenities in such a small space, but it works perfectly and everything fits together like a dream. It’s a perfect example of small living done right, and we’re incredibly jealous of Stefan right now (fancy letting us take it for a spin?)

Want to find out more about Truck campers? Join the Van Clan on Facebook, Twitter and Instagram and check out more Terrific Trucks and Classic Campers that will take your breath away.