VW Crafter Atacama Is A 4WD Land Ship of Your Dreams 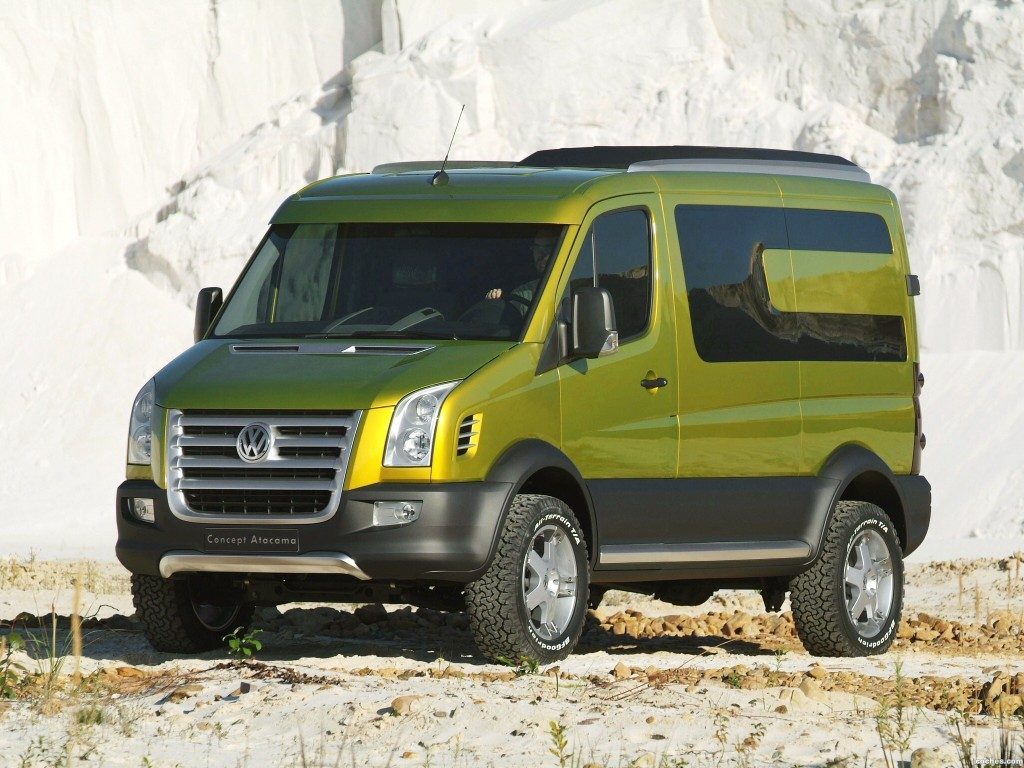 If Van Clan needed a mobile office (which we do), the VW Crafter Atacama Concept would no doubt be in the top 5 of our dream campers. It’s stunning, hi-tech and looks like something out of Star Wars.

In Wolfsburg Germany, the VW factory has designed and developed a crazy Crafter van titled the ‘Atacama’.

It was named in honour of the world’s driest desert in Chile, South America, because — we guess — that’s what it does to your bank balance after you buy it.

Inside this beast, there is a 2.5L, 5-cylinder engine that pumps out 164hp. It’s got a 6 speed gear boxed, teamed up with a 4×4 wheel drive system by Achleitner, a pro in this line of work. 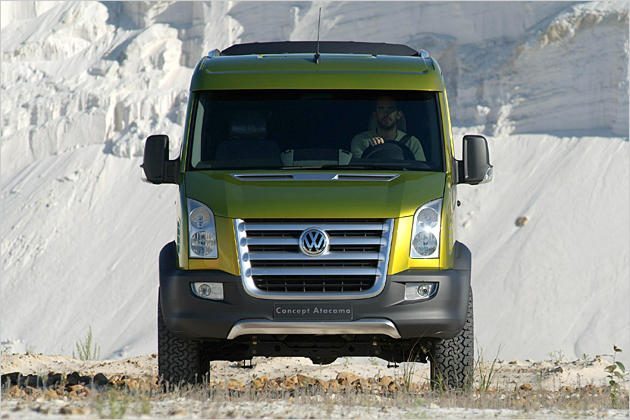 Out of the engine comes some very nice details; such as aluminium added to the front grille, lights and air intakes, which gives it that unique ‘space ship‘ style.

At the back, if you look closely the ladder is actually shaped around the VW Crafter logo, to let everyone know you’re a VW Crafter fanatic. 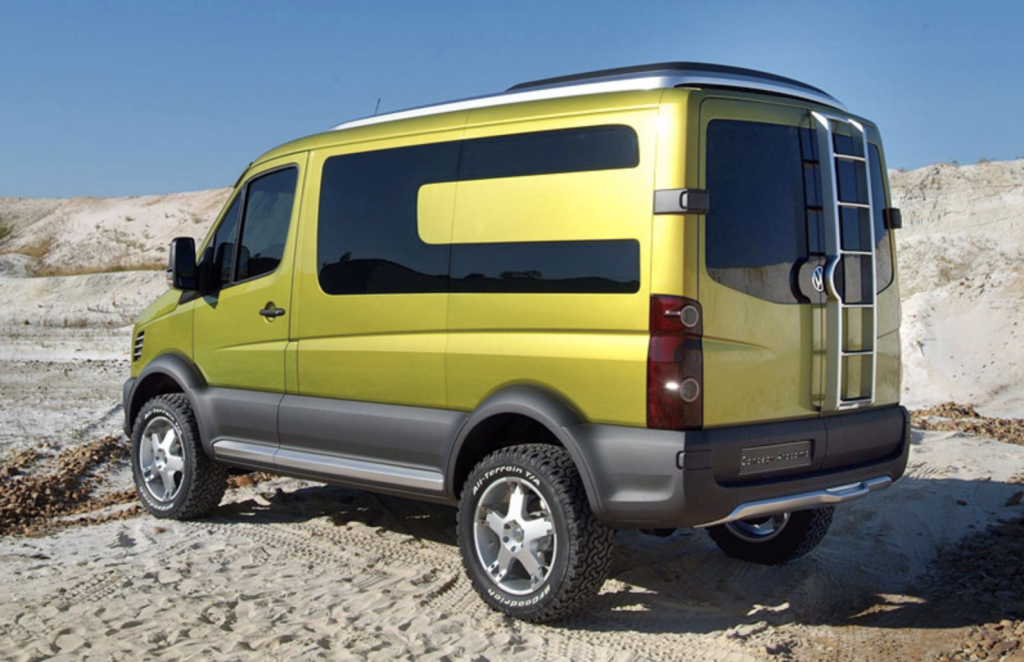 One large feature that truly makes it stand out is the custom side windows which happen to look like a C. Yes, the letter C.

Now there’s been no pictures released of the interior but our bet is that this section allows for a bed to be hooked in. Or maybe it’s some kind of collapsible storage unit that needs a strong metal structure to be placed there.

Or, even bunk beds for the kids? 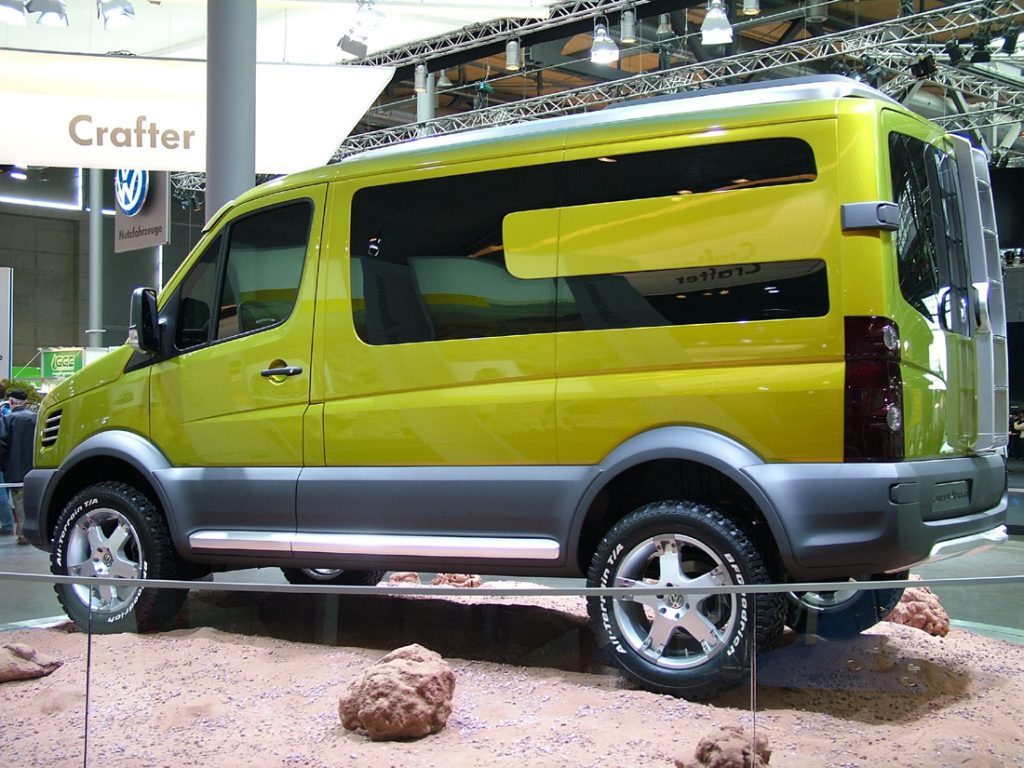 Unfortunately only 100 of these VW Crafter units will ever be created. No doubt they have all been pre-ordered but it’s good to know that one day we could be lucky enough to see these road unicorns gliding around for us to drool at in jealousy.

Could you see yourself in this Campervan, or is it slightly too extravagant?

Let us know over on Twitter, we’re pretty active over there, so let’s chat!

Top 10 Campervan Interior Ideas – Inspiration For Your Next Build