The best part about tiny campers is the ability to keep your budget tiny too, you can find a high mileage, newish vehicle on eBay for around $5,000-$10,000, and if you do a DIY conversion you could have one of the finest tiny campers in your area for well under $15,000!

Weve scouted the internet for the finest tiny campers around and weve came up with 10 campervan conversions that will blow your mind. Ever inch has been used and hopefully this will give you some inspiration for your next conversion1 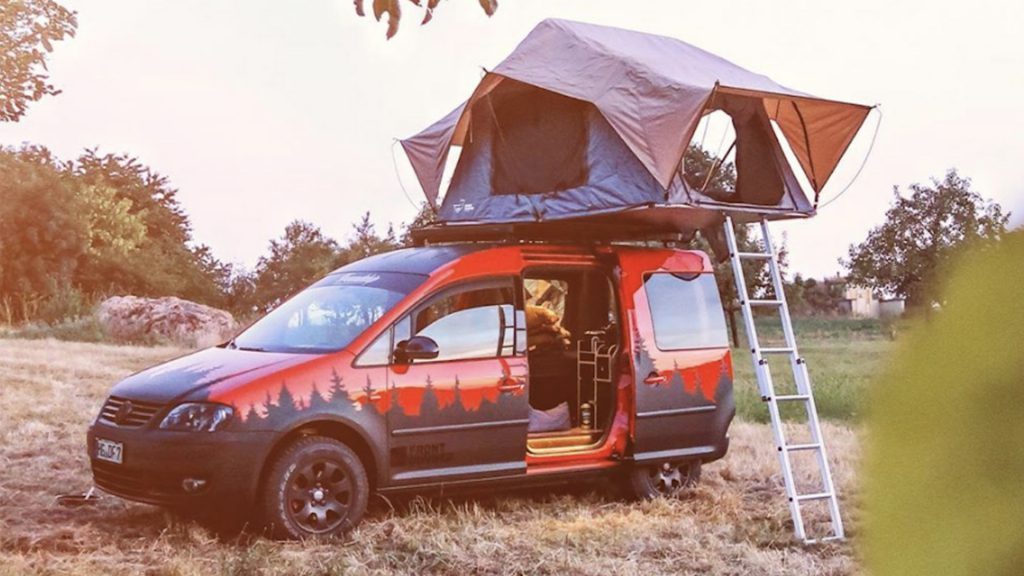 We’ll start off with one of our favourites, and one that is inspiring our upcoming ‘Pimp My Camper’ series that’s going live on the channel soon. This conversion was done by Freundship, a friend of ours over in Germany who has converted a VW Caddy into what can only be called one of the finest micro campers around. The VW Caddy is a Maxi edition, meaning more space on the inside than your typical Caddy. Dominik has done many things to this camper, he’s chucked a big roof tent on top the roof, he’s added a shower built into the boot, a slide out cooking area with a fridge, a doubled bed and even a cool DIY sink. 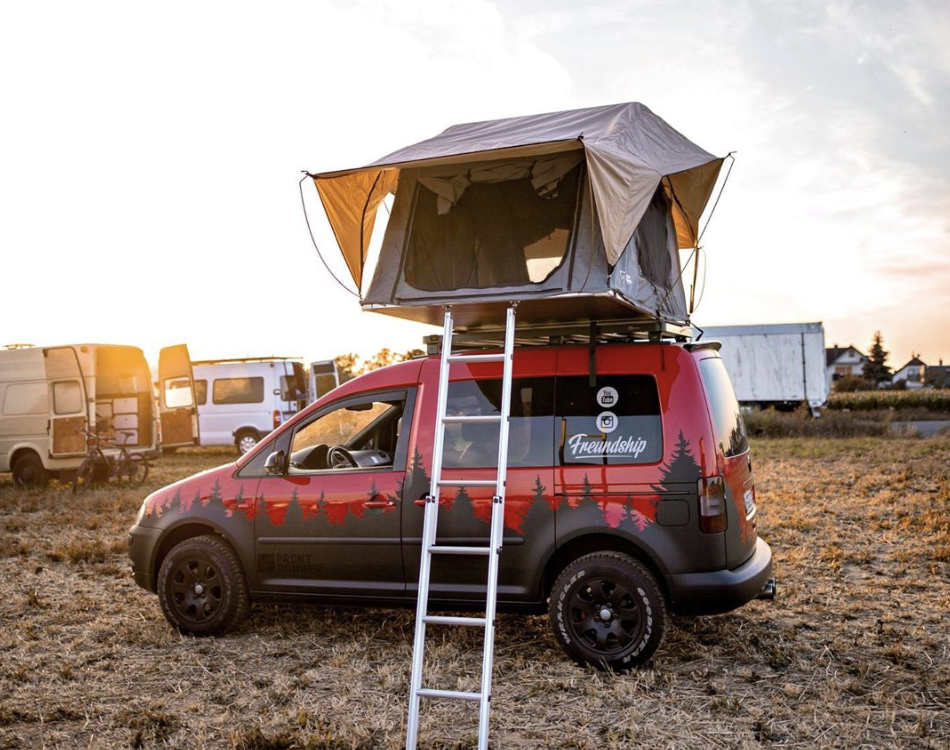 Not only that he’s lifted the vehicle, added off road tyres and added some sweet decals. We’re in love and the VW Caddy is a perfect micro camper to convert because not only are they cheap to buy they’re very reliable too. To do something like this with a old caddy won’t cost much, you can probably get something similar to this for around the $12,000 mark, but remember this is a DIY jobby. 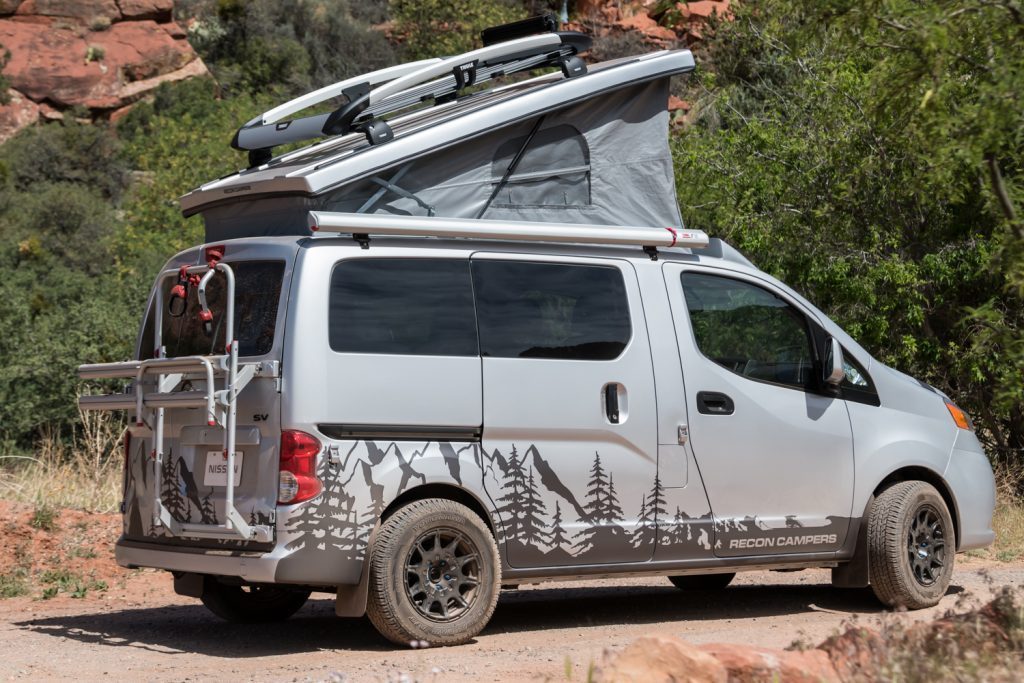 Second on our list is Recon Campers, they really shook the boat when we realised that they kitted out Steve-O’s camper from Jackass. This thing is seriously micro and it’s fitted nicely with all the goodies you could desire. They recently kitted out a 4X4 NV200 with some seriously nice interior, LED lights, a rock and roll bed plus loads of off road extras to the exterior. Something like this straight from recon campers themselves will cost you around $50,000. But they also do less crazy conversions, ones that don’t go off road and are a little cheaper. 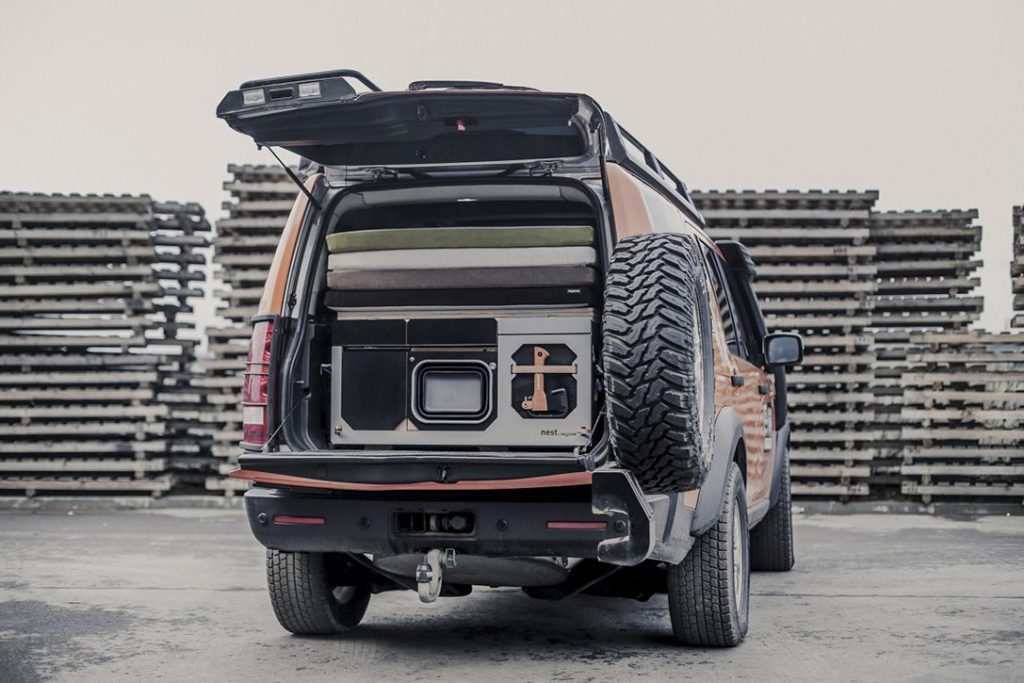 Now this one isn’t a camper but it’s something I wanted to talk about because it’s pretty cool and it can be of interest to those not wanting to invest in a whole new vehicle but want a camper. This is the EGOE Nestbox a modular box that slides into the back of your vehicle which will then transform into a miniature kitchen, storage and dining area. Nifty right? 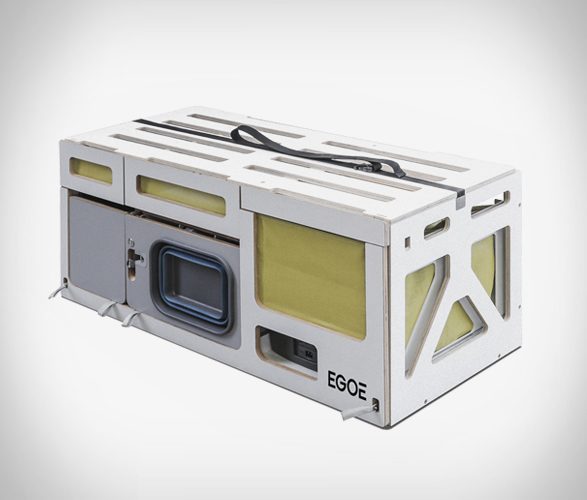 It can fit a lot of different vehicles, all you have to do is slide it in and tie it down. It then flips into a double bed and allows a quick conversion solution so that you can spend more time on the road and less time figuring out what nails to use on your wood. And this only costs around $5,000. 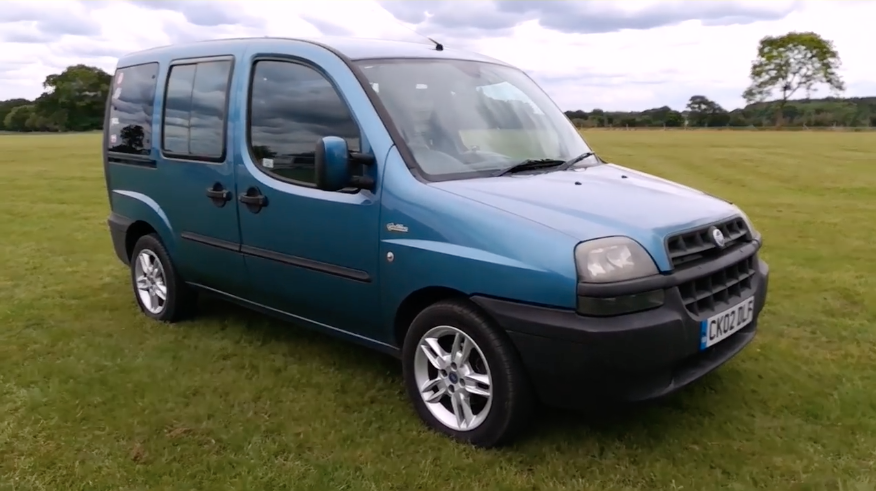 Now this is a great little self conversion that’s made to feel like home. Created by Justin Meynell who also has a YouTube channel it’s a great cosy conversion inside a 2002 Fiat Doblo, which might we add is incredibly small. This just goes to show how much you can fit in tiny campers, and that all of the extra space sometimes isn’t needed in a weekend getaway vehicle. 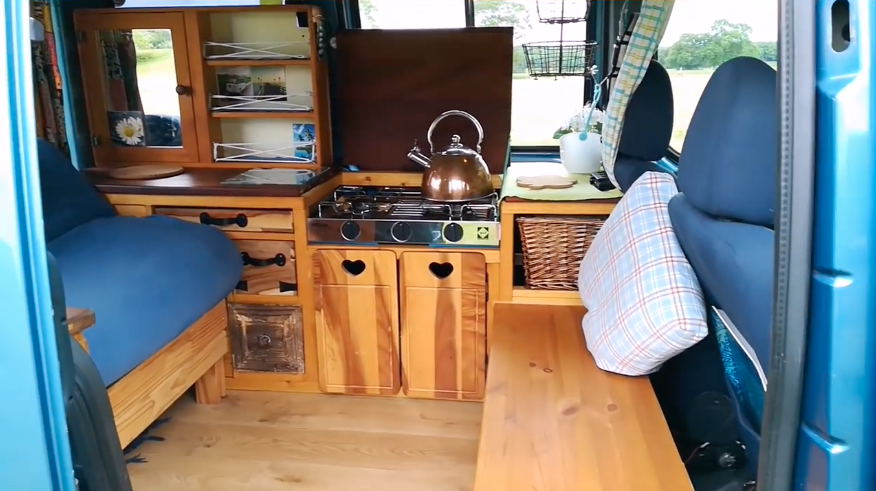 It has a bunch of storage, a two burner stove, a pull out bed, space to chop your vegetables and even a little heater, this is truly a great conversion, and Justin has used every inch perfectly, we’re well impressed! 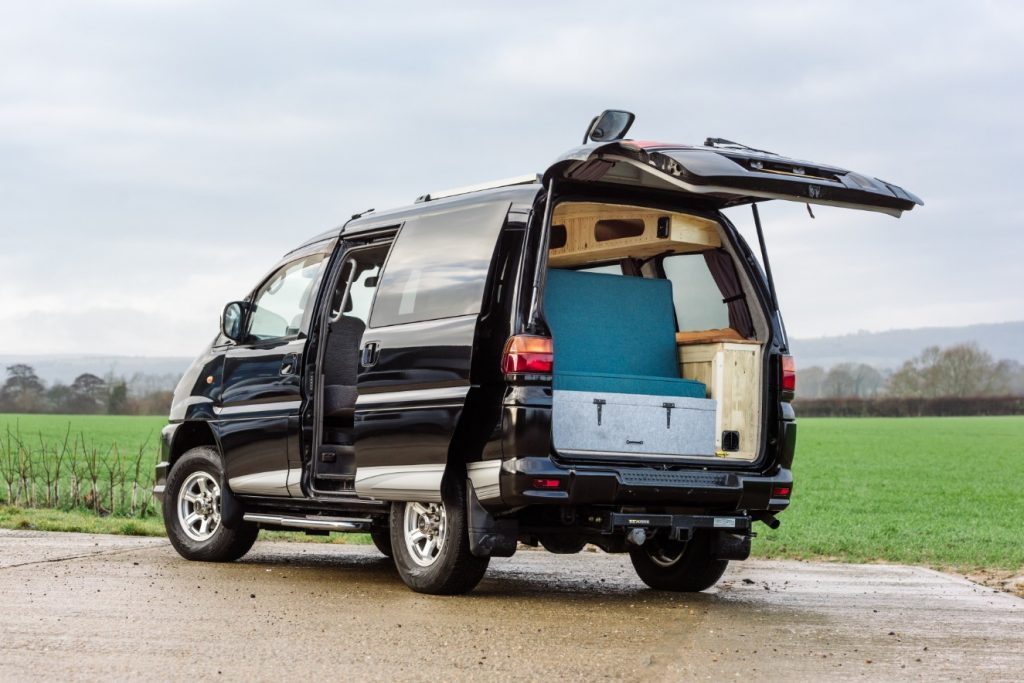 This conversion is done by a UK based company called Love Campers. They’ve kitted out a small Delica into a wooden, homely like pod with all of the necessities needed to live off the grid for a few days. What’s special about this one is the fact they’ve added so much in to what is already a very small camper. 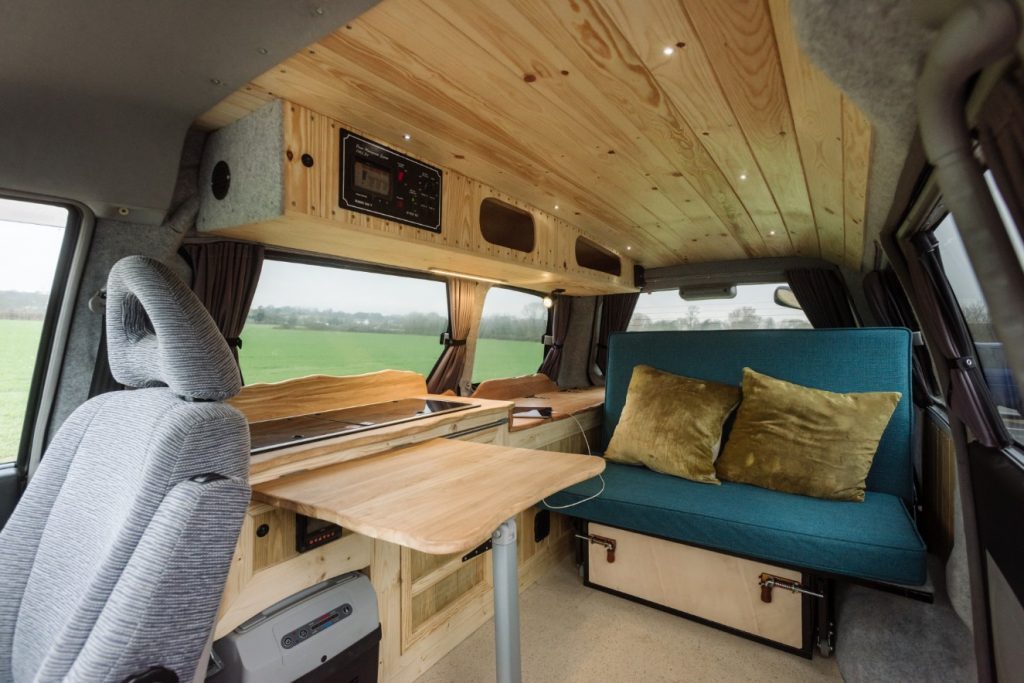 It has a 4ft wide rocknroll bed, insulation, power, wood interior, oak work surface, cooking area, portable cool box, water pumps and a lot more. And all of this they can create for under $10,000, not bad at all! 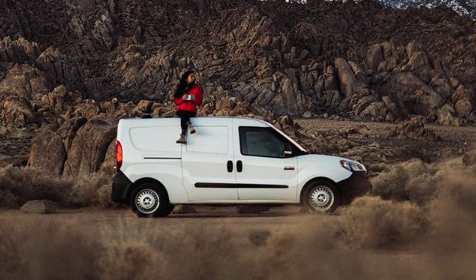 The great things about converting a micro camper is their micro price. Cascade Campers is a US based conversion company who specialise in affordable conversions. Their conversions start at roughly $7,000 and come with all of the standard features you’d find in a camper van. Admittedly it’s not premium features but its enough to get by on week long trips away and its for those wanting to treat their van to a whole new makeover. 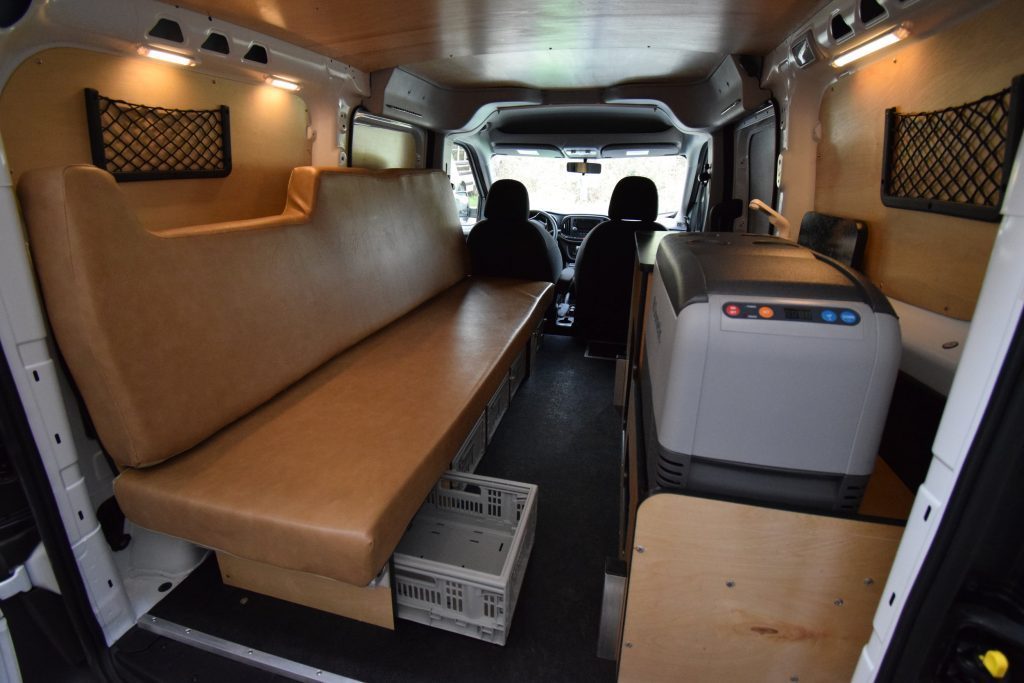 We respect small companies like this, because sometimes conversions get a bad rep when it comes to prices, but Cascade Campers are up there with one of the most affordable. Plus, their conversions look absolutely adorable. 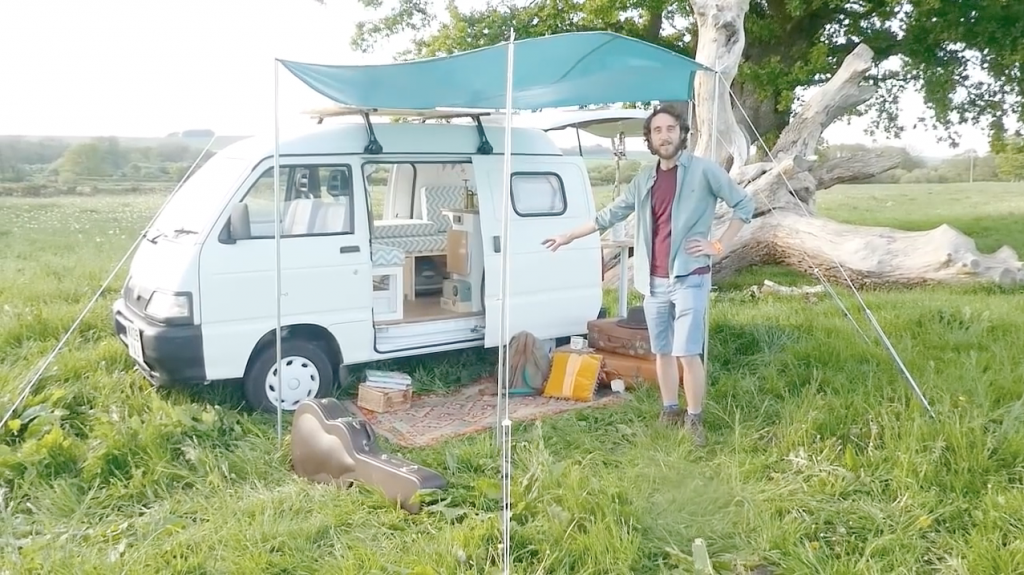 This is without doubt the smallest camper on our list and it’s converted by Joe Edwards who lives in the UK and has a YouTube channel called AtomikDuck123. This thing is absolutely adorable, it comes with all of the must have’s in a camper including a seating area, a little cooking section and a quirky little retro radio!

All of the small touches the Joe has done is incredible, from little places to put candles all the way down to removable seats to get to the Porter’s engine. A seriously lovely camper that we just can’t help but love! 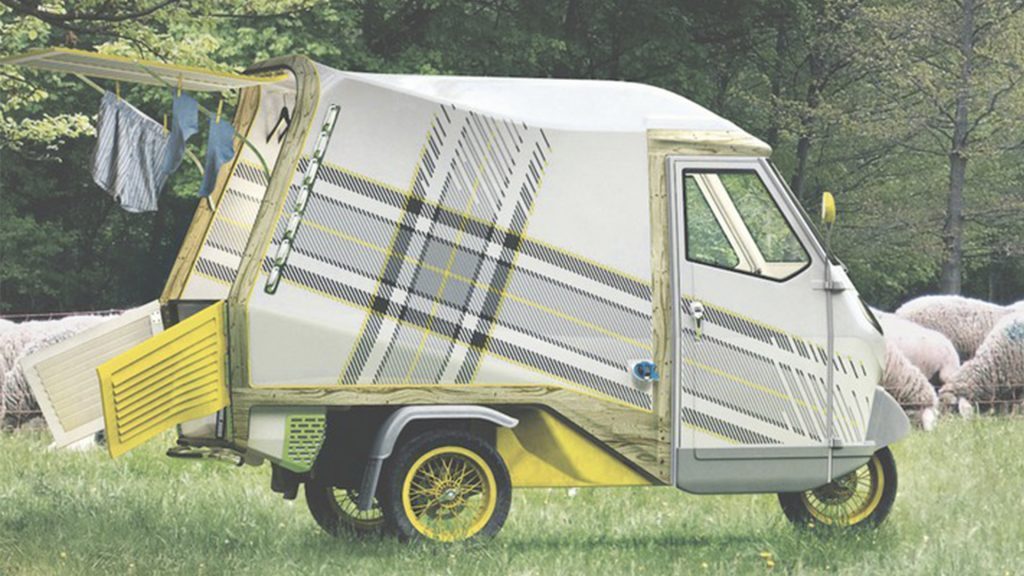 Unfortunately we have no footage for this one as it’s simply a concept vehicle, but there’s certainly people out there that has converted this little things! This it called the Bufalino Camper, a Tuk Tuk converted into a camper that can sleep one. Inside has storage, a single bed, a cook top and even a desk at the front. 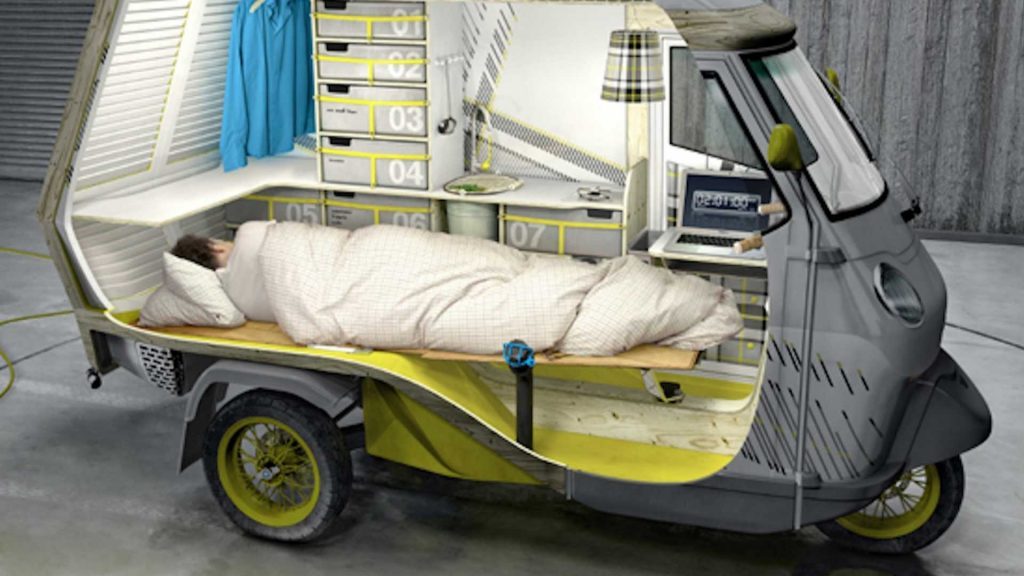 This is going to be incredibly crammed but this is a great way to keep living on the cheap if you’re in the city. We can’t imagine you’d like to live in here for long but it’s certainly a cool way to turn a cheap tuk tuk into a temporary living space. Let us know your thoughts on this one in the comments below. 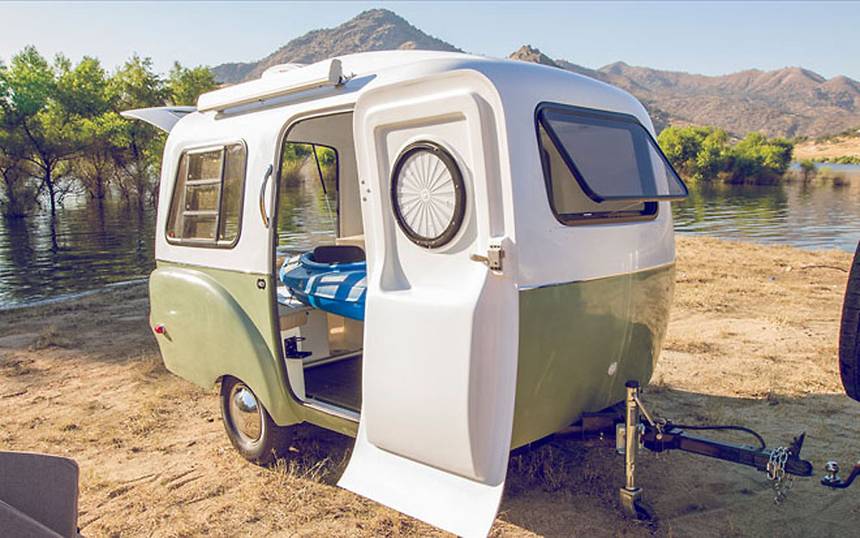 If a whole vehicle isn’t your thing, perhaps a trailer is. This is the happier trailer, a hip, new retro looking trailer that can transform into an awesome shack on wheels for friends and family to sleep in. 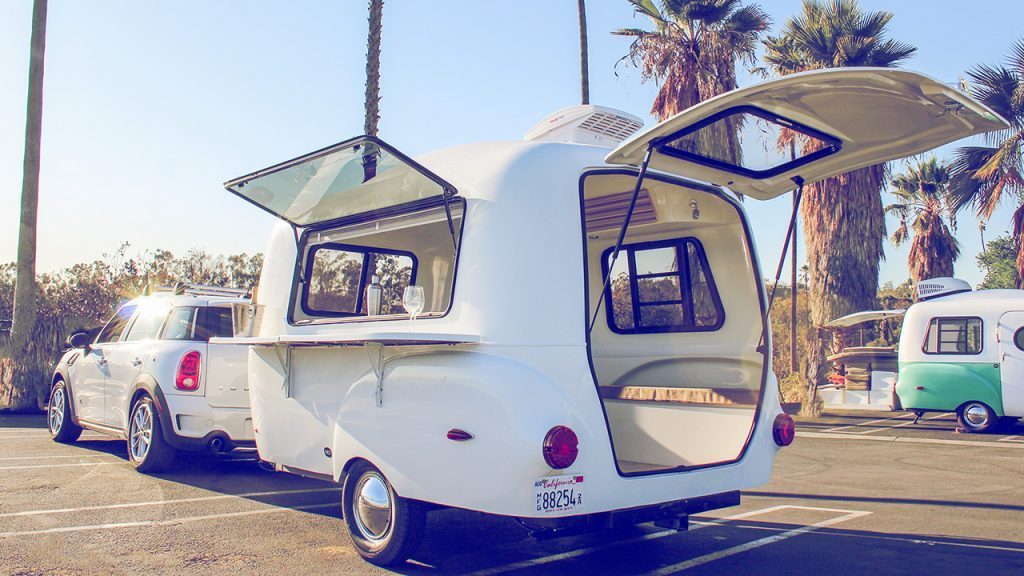 This little thing is modular too allowing you to move around the inside as and when you please. Do you want to sleep two adults, you can. Do you want to turn it into a dining room you can. Or do you even want to chuck your motorbike in the back, you can! The HC1 Happier Camper starts at $25,000, so it doesn’t come cheap! 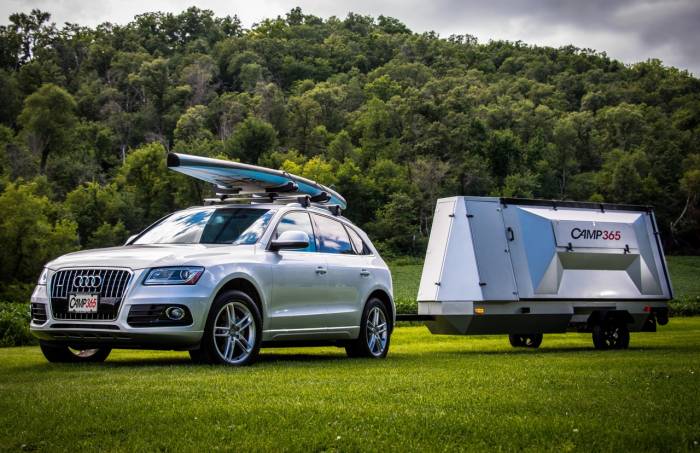 Another trailer to add to the list and it’s one for those of you that like space, but don’t want the hassle of having to put up a tent, or set up camp. This is camp 365 a transforming trailer that turns into a home on wheels in just a few seconds. 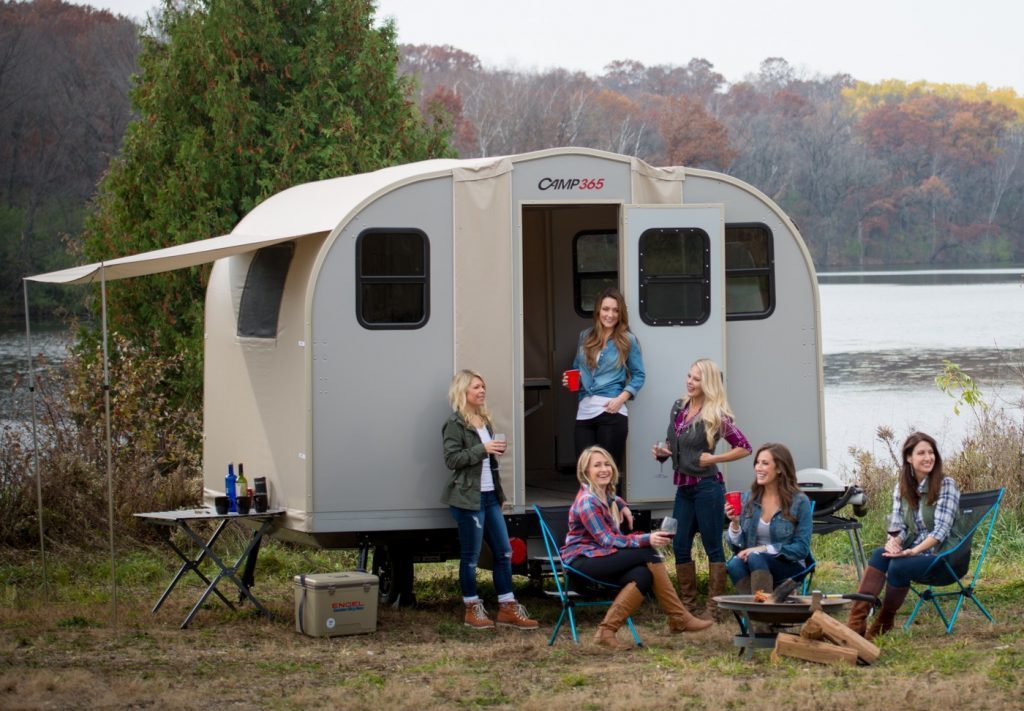 It’s a lightweight trailer coming in at just 1500 pounds allowing you to attach it to most vehicles… no, not the Tuk Tuk camper. Once parked up, press a button and it will give you enough space to sleep a family of four wherever you may be!