If you’re planning your first van conversion and are worried about keeping clean on the go, then you need the Eccotemp L5 in your life!

Too often we see people planning massive shower systems in their campers, integrating huge tanks that weigh down their build and take up much precious space.

There are lots of other camper shower alternatives for people who want to get naked in the great outdoors. But for those of you who want to shower where the bears can’t see you, then this could be the solution.

Remember, just because you can’t smell your own ‘adventure scent’ doesn’t mean that the rest of us can’t either! Don’t be the one that brings B.O to the party! 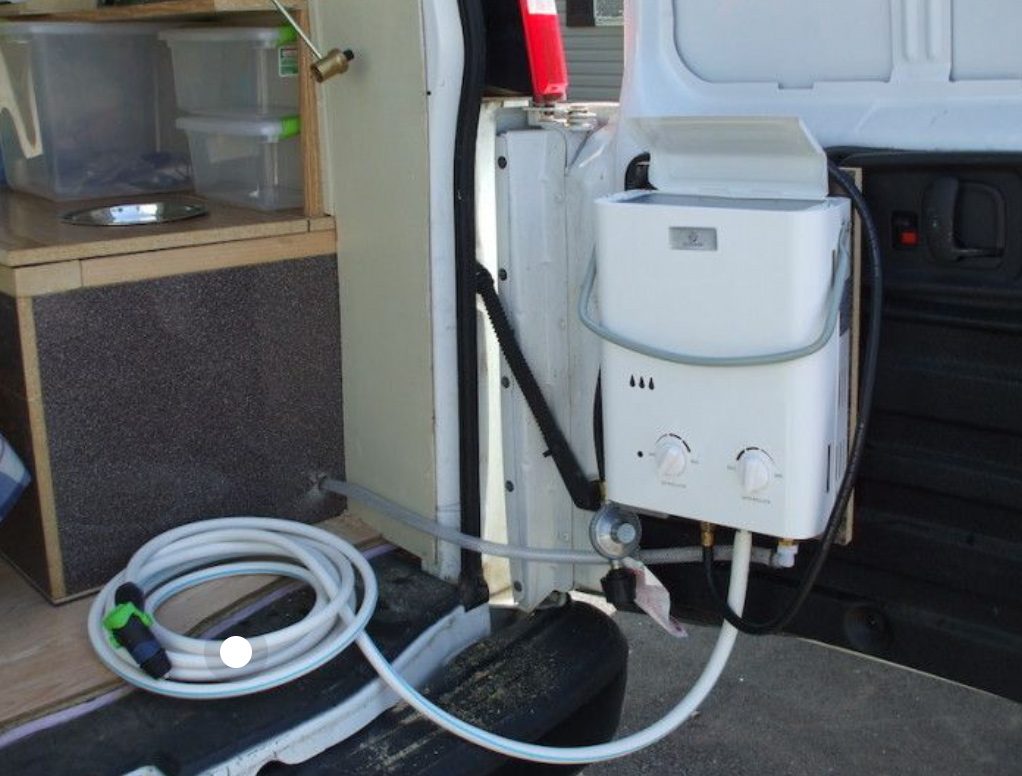 How Does The Eccotemp L5 Water Heater Work?

Get ready for some science.

In a normal house setup, you’ll either find a combi-boiler or a water heater tank. A combi-boiler heats water via the mains every time you turn on a tap in your home. A water tank, however, keeps a set amount of water heated at any one time. And when it runs out, it needs to refill.

That’s why you sometimes hear people screaming in the shower when the water goes ice-cold (always shower before your partner!).

The Eccotemp L5 is a tankless water heater. It’s more like a combi-boiler in its design in the sense that it doesn’t keep hot water on the backburner (heating joke). The water is heated as and when you need it, and you can fill it back up manually whenever you run out!

You don’t tend to see this kind of set up outside of Europe, but it is super efficient and a much more cost-effective way of getting hot water.

Of course, if you’re parked up by a free hot spring, then that’s probably the only way of getting clean with free steam (I should be a rapper).

If you’re planning on living off grid for long periods of time and are relying on the sun for your electricity, then the last thing that you want to be doing is keeping a tank of water at a consistent temperature all day long! You’ll eat through your battery reserves in no time!

What Are The Settings?

Just like a normal shower, you can adjust the temperature of your water and the amount of H2O that flows out of the showerhead.

Using the Gas and Water settings on the front of the heater (cleverly defined by a a red flame and a blue droplet of water), you can achieve your desired temperature. Will you go for a cool, refreshing wash, or a turkish-spa style scold-fest?

To give you a simple example of how the Eccotemp L5 settings work, the more water you put through, the colder your shower is going to be as you have more liquid passing through the heat exchanger. If you want a power-shower, then you’ll have to up the gas to cope with the increased water volume.

The Eccotemp L5 detects when water is flowing, when you ignite, and when everything shuts off. It’s a one-stop safety shop!

There are three inputs on the Eccotemp L5 Water Heater;

Twin the cold water input with a Shurflo water pump to pull water from your storage tank and create a pressurised flow.

It couldn’t be easier! 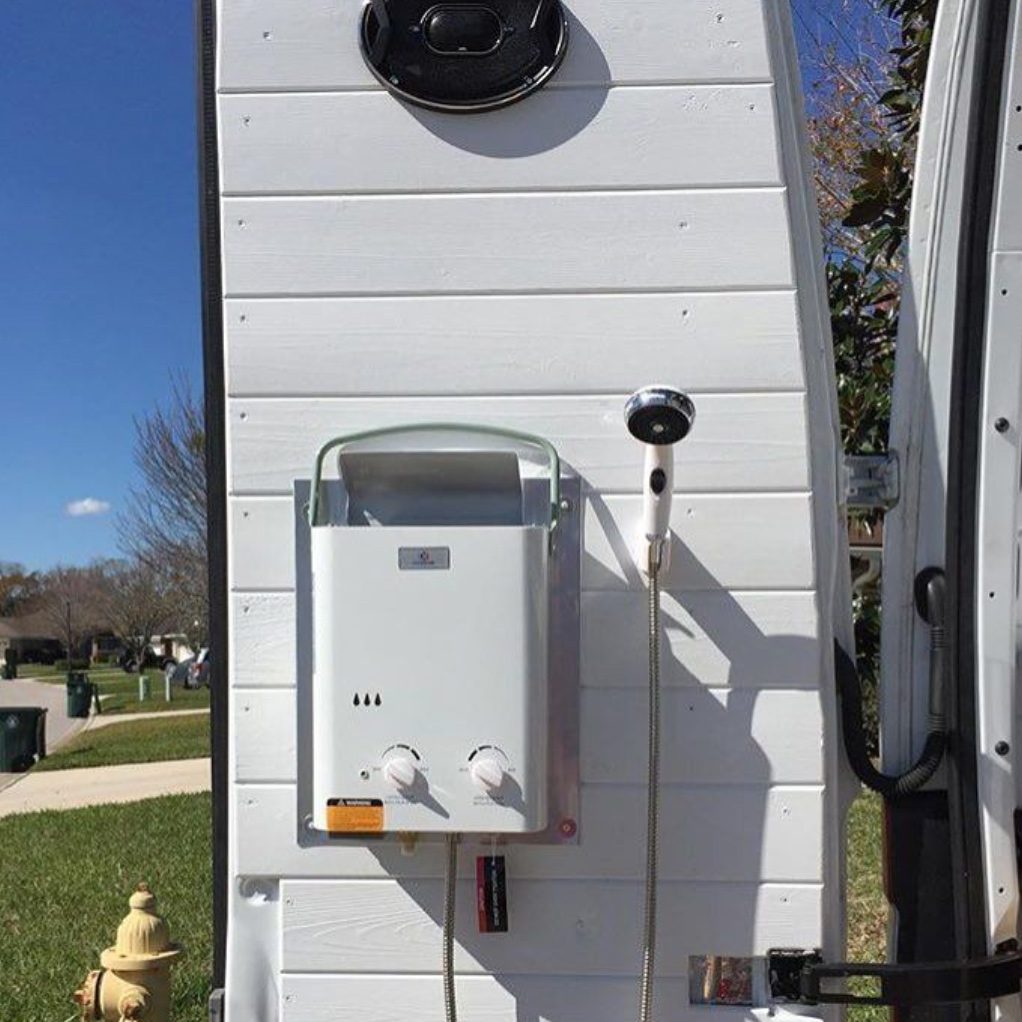 If you live in a van full time, then you’re probably used to bending the rules with some products that aren’t supposed to be used in confined spaces.

I use a Vango three-burner hob inside our camper. It’s hooked up to a gas bottle that I turn off every night, and out camper is well ventilated.

I also had a woodburning stove for a while that I would leave burning overnight through the Winter while I was sleeping. I have two carbon monoxide monitors; one at the front of the van, and one by the bed.

And most importantly of all, I’m not an idiot.

The manufacturers of the Eccotemp L5 don’t recommend that it be installed inside permanently. They’re probably not too keen on the idea of it being installed in a van either.

BUT, if you plan accordingly, use your common sense, and are safe, then there’s no reason why you can’t have this water heater in your van.

Remember — if you’re unsure, then call in a gas expert for some advice or seek an opinion from a heating professional.

Most importantly, don’t sue us, unless you want to receive a payout of Polo mints and pocket lint, that is.

If you’re looking for a less permanent solution, then the following showers might provide a better alternative.