Is Living In A Van Legal – Everything You Need To Know

We all love living the van life and travelling in a van, but is living in a van legal in the eyes of the law? Thanks to our favourite Van Life Influencers and the wanderlust-inducing mouth-wateringly addictive content on our Van Life Instagram feeds, more and more people are throwing away the rulebook and giving alternative living a try.

The signs might be hard to spot for some, but now that I have spent a year away from the UK and travelling around Europe with other vandwellers, I’m amazed by how many vanlifers I have seen in and around Yorkshire. When I get into my van at night, it’s nice to know that there are other people in their tiny home builds around about, smoke wafting lazily from their chimneys and a glint of light peeping from underneath their curtains.

Do you like cosy cabins and hand-built homes? Head over to Cabin Clan, our brand new Facebook Page! 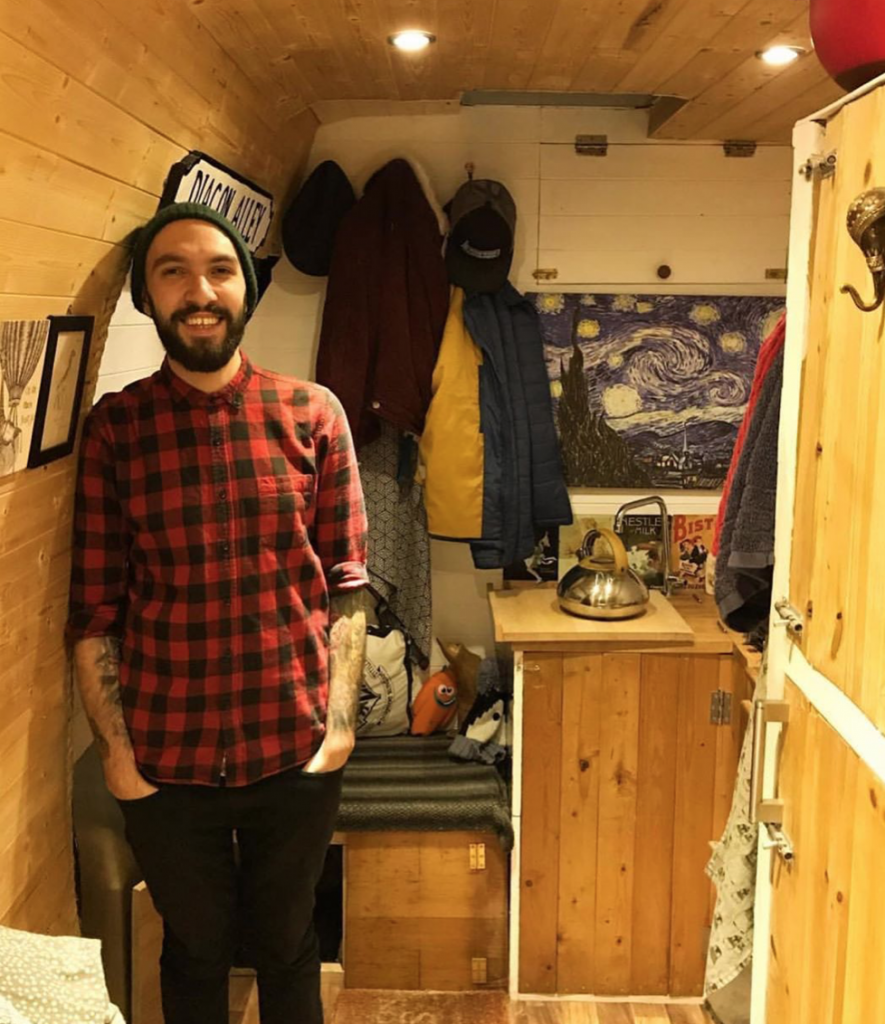 But as much as I love living in a van and recommend the experience to anyone and everyone whenever I get the chance, the question still remains – is living in a van legal? From travelling around over the past two years, I know that it is certainly viewed differently by different authorities in their respective countries, but the topic of sleeping in a vehicle has always been a little bit of a grey area. Do people care? Well, that depends how tidy you are and if you’re annoying the occupants of the surrounding houses (or if they wake up on the wrong side of the bed). I lived in my vehicle for 13 months in one city while working in a previous job and no-one batted an eyelid. People even said hello and came round for cups of tea!

Anyway, you didn’t come here for an early glimpse at my autobiography. Here are the cold-hard facts about van life in the UK and across the world. It’s important to say at this point that; a) this is just a guide and that we don’t speak on behalf of the government or the police, and b) don’t bother suing us because the boss pays us all in chocolate money.

Van Life Facts – Is Living In A Van Legal? 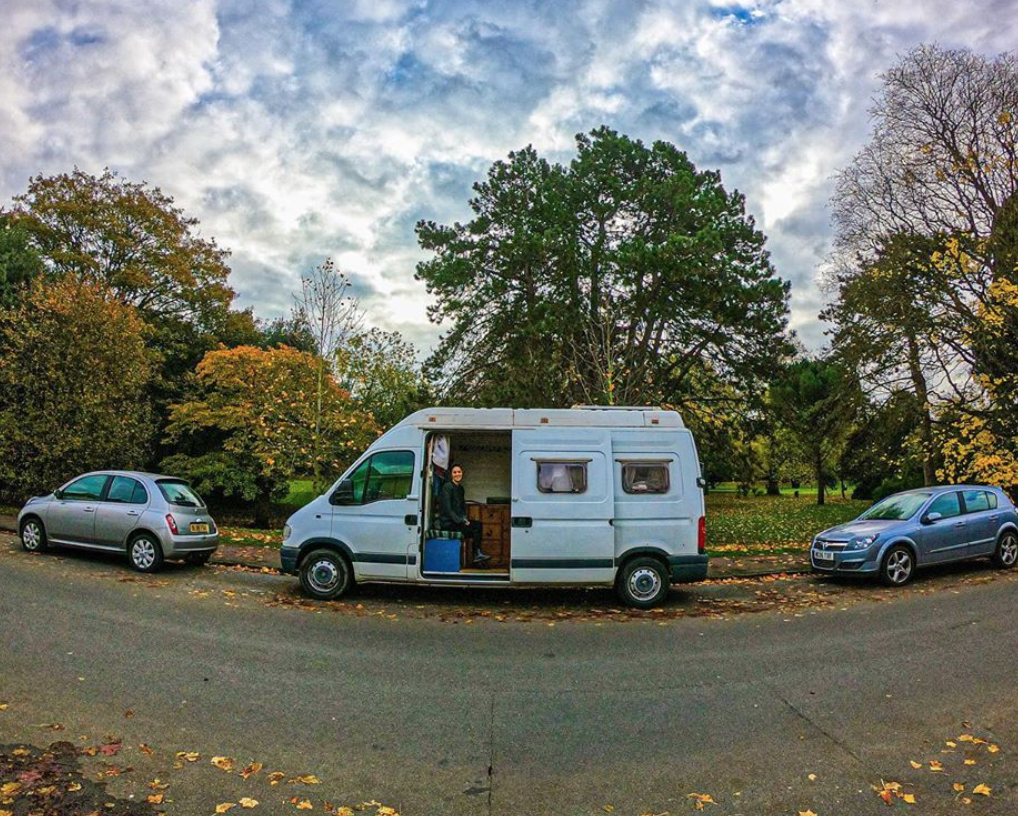 If you’re reading this from the UK, then the short answer is ‘Yes’. There is no law stating that you cannot live in a motorhome, camper, or converted van full time. My personal opinion still remains that most people don’t believe that anyone would want to live in a van, and that the ones that do either love it or pretend that us vanlifers don’t exist. That’s fine by me; it’s fewer people for the Christmas card list after all.

Answering the question of is living in a van legal is one thing, but there are a whole host of things that you need to take time to consider if you’re going to give Full Time Van Life a try. As long as your vehicle has a valid MOT and is road taxed, then you’re good to go, but that doesn’t mean that you can just park anywhere that you like. There might be certain restrictions that you need to research before going off-grid in your own city or in a new area, and it’s important to try and blend in with the crowd rather than publically advertising your new, bold lifestyle to the masses.

Some will argue that you can ‘park where the bloody-hell you like’, but I would adopt a different stance. Parking near nice open spaces and away from terraced streets is both easier and more pleasant for all parties involved. It feels more private and you avoid any chances of being blocked in by neighbours. Likewise, you can’t suddenly decide that you want to park in the middle of a racetrack or in a local park – choose your spots wisely and look to apps like Park4Night for assistance. 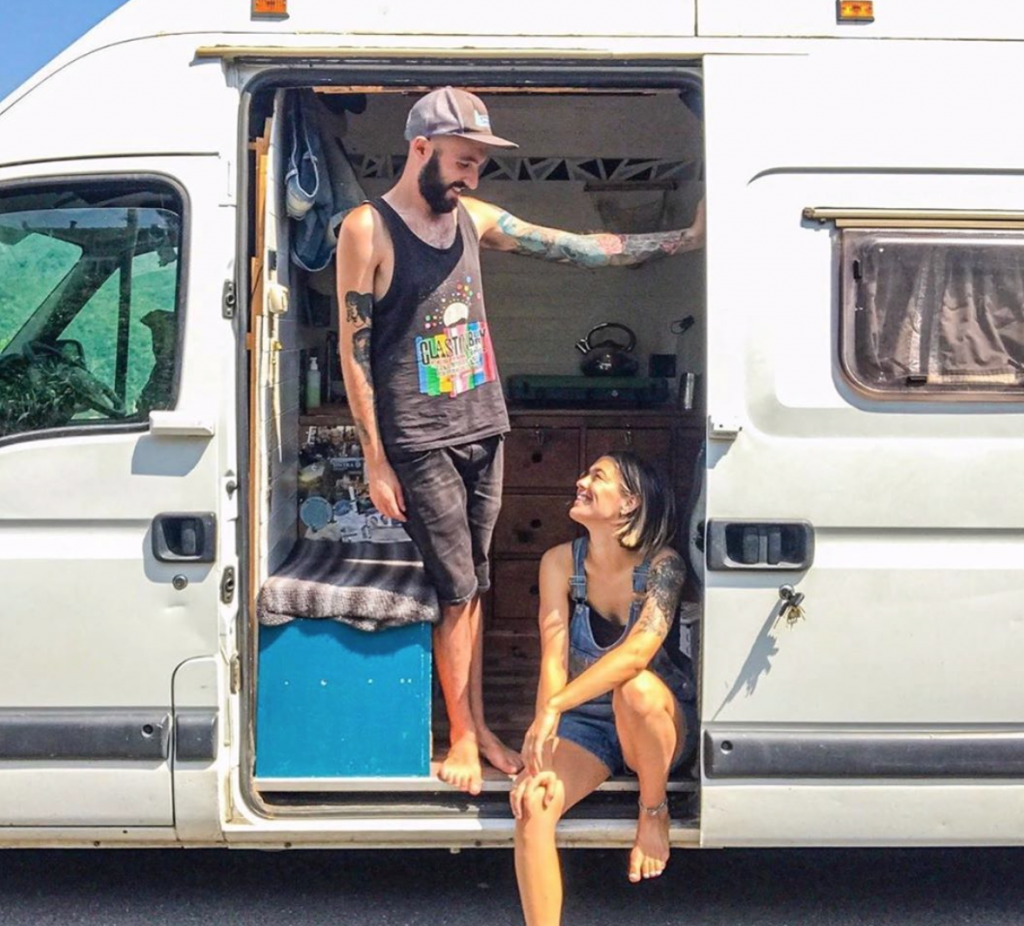 Sleeping In A Van After A Night Out

While the initial question of ‘is living in a van legal’ can, on the whole, be answered quite easily, there are other factors that you need to consider if you’re seriously considering this way of life. It is illegal to be in a charge of a vehicle while under the influence of alcohol, so technically you would be breaking the law while sleeping in your camper when returning after a night out unless there is another designated driver in the vehicle who is under the legal limit and safe to drive.

We’ve heard lots of stories of people free-wheeling their van over their keys to prevent them from being able to move their campers once inebriated, but knowing us, we’d end up losing them down a nearby drain. That’s not something that we would advise, by the way; if you’re thinking of having a few drinks, then spend the night at a friends house or make sure someone is there in the van who hasn’t been consuming alcohol. The same goes for drugs too, not that any of our readers do those (this is a family magazine after all!). 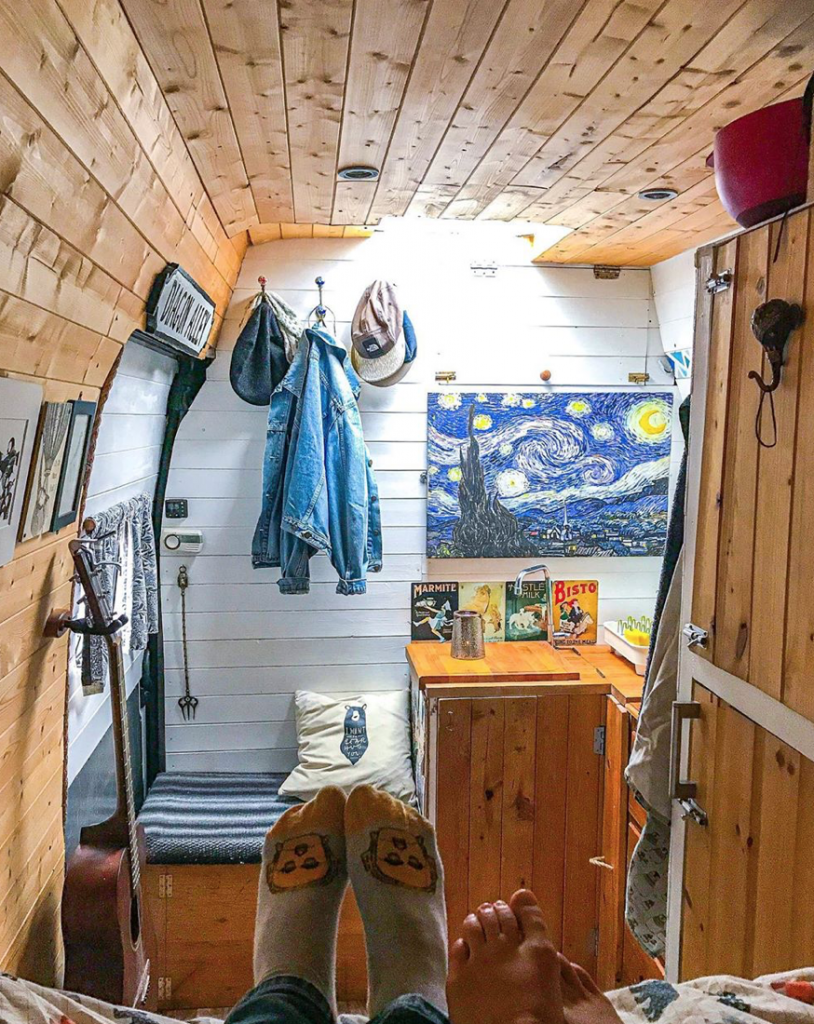 What About In Different Countries?

If you’re wondering about van life in the U.S, then believe me when I say that you’ll have no problems. Campervans can be seen everywhere you look while driving around America and the vanlife movement, as a whole, is far bigger than what it is in the U.K. National Forest and BLM land is free for anyone to park on, and that accounts for a lot of America’s beautiful wilderness.

My experience of travelling around Europe has shown me that different countries on the continent have different opinions about van life and wild camping. Generally speaking, the Europeans love travelling in vans and we stayed at lots of places with permanent van-dwelling residents who have formed little communities of their own. France, Portugal, Spain, and Italy are incredibly geared up for vandwellers and even provide free areas to empty your waste and fill up with fresh water. 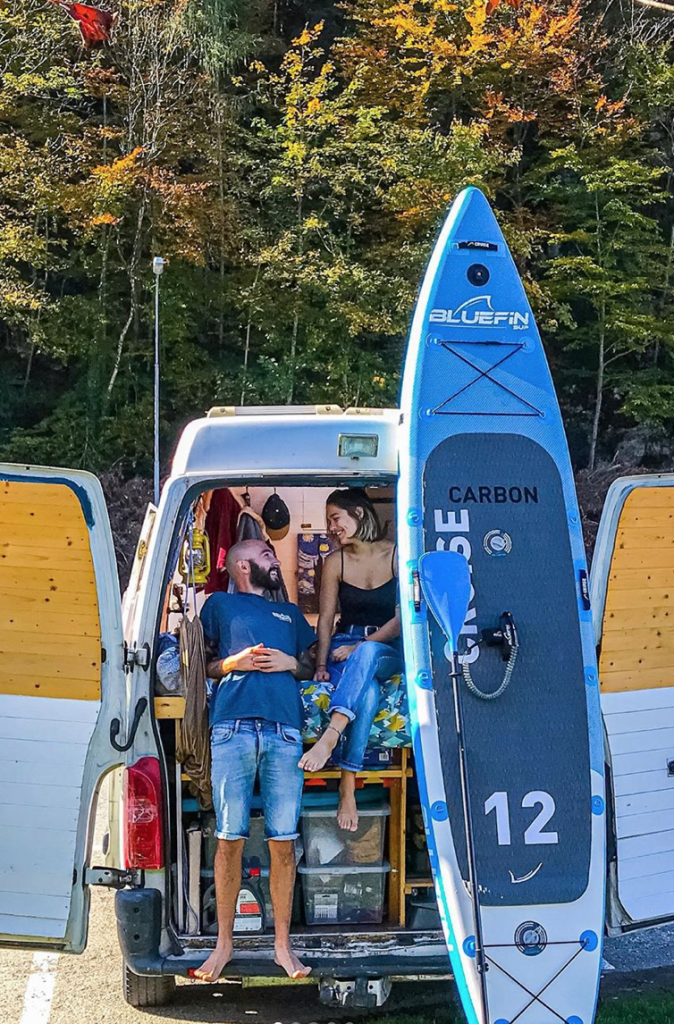 The question of ‘is living in a van legal’ gets a little more complicated in countries such as Greece, Slovenia, and Austria, where wild camping is strictly prohibited. You will often be moved on by the police and in some cases fined, but there are certain free spaces that you can use as overnight bases when you want to plan day-trip-drives into your adventure the following day. We stayed at one spot in Slovenia near a swimming pool for 4 days and journeyed to-and-from our parking-lot-home to see the sights. That’s all well and good in a small country like Slovenia, but you might need to look into paying for a campsite in larger countries that don’t like overnight on-street parking.

Now that you know it’s legal, you just need to keep your wits about you to make sure you are one step ahead of the game. I don’t mean anything sinister like Varys and Little Finger plotting over the Iron Throne (that sentence may have passed straight over your head if you’re not a massive nerd like me), but it is important to make sure that you always have the correct and up-to-date documentation on you to prove that your vehicle is roadworthy. Don’t push your luck with local councils or the local authorities, and try to remain conscious of the people who live around you. Don’t make a mess either; leave no trace! Public defecation is wrong no matter whether you live in a marquee or a mansion, so make sure you have a safe and sanitary means of disposing of your waste

The bit I love the most about living in a van is having a different front garden every day. The scenery is always the same from inside a house, but when your home is on wheels, the whole world is your oyster (unless you’re allergic to shellfish, then it could be your parsnip or your ratatouille instead).

Whether you’re living in a van because you like the adventure or just because you’re trying to avoid ridiculous rent prices, the main thing you should remember is to enjoy the experience. As long as you play by the unwritten rules and respect noise policies and people’s space, you should have a very stress-free alternative living journey. Good luck!