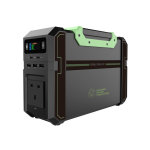 When it comes to making sure you have enough power for your off grid living, PPT has got you covered with their incredible portable power pack; the Powerpack 450+. If you’re planning on travelling in a van or living the van life for any length of time, then finding a suitable power source for your gear and gadgets should be at the very top of your list. We’ve already covered how to choose and install some of the best camper van batteries into your conversion in our how to build a camper guide, but batteries, and indeed the electrical set-ups that accompany them, are not a ‘one size fits all’ kind of deal.

Let’s imagine that you have spent a lot of time choosing the best van to live in and now you’re getting excited about converting it and getting out on the road. Electrical systems can be pretty tricky to install and they end up being quite costly. Perhaps all you need is a portable power pack that you can take with you to charge your phones, drones, and laptop, and to power your coolbox for a weekend away. Wouldn’t it be great if something like that existed? (Spoiler alert – it does.)

Let’s also imagine that, like me, you already have an electrical set-up but want a reliable portable power pack that you can use to give your gadgets a boost when there isn’t much sun shining on your solar panels, or for charging up while writing on the edge of a mountain or in a tranquil forest glade. Well, I’m very excited to tell you that the Powerpack 450+ is the perfect portable power solution for any of these scenarios, and in fact, any scenario on earth where you need power in a remote setting and at a moments notice. I’ve been getting to grips with this bit of kit for a few weeks now and I’m loving everything about it; from the feel of the product to the overall performance, this is one piece of tech that won’t let you down. That’s enough of me waffling on; let’s get down to business with an in-depth review!

Getting To Grips With The Powerpack 450+ 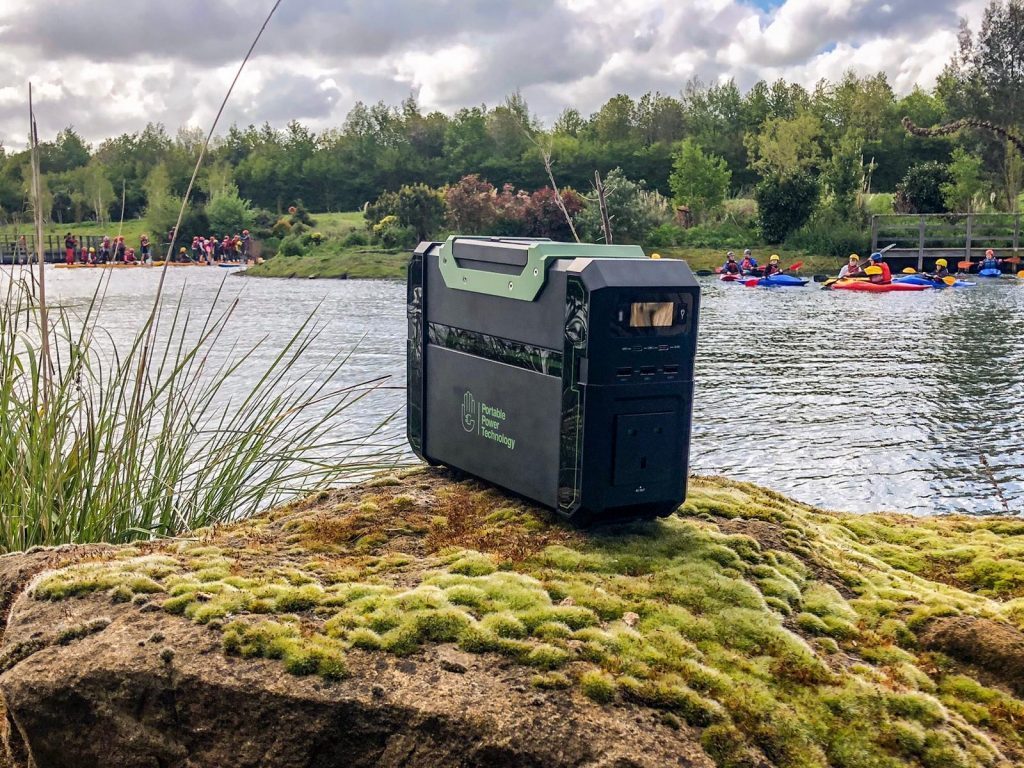 Here it is ladies and gentleman, the mighty portable Powerpack 450+ from PPT. I first found out about PPT when I installed one of their Split Charge Relay units into my camper back in 2017, a handy bit of kit that keeps my leisure batteries topped up whenever I turn the starter engine on and head out on the road. A one-stop-shop for 12V electrical goodness, PPT (or Portable Power Technology if we’re being formal) stock a whole host of products designed to make living off grid a heck of a lot easier. You should check them out if you’re planning on building some DIY camper conversions; not only do they know their stuff, but they’re also a friendly bunch who don’t get annoyed when you’re constantly asking them questions. I’m not speaking from experience; I’ve just got an annoying friend who always rings them up…honest…

I’ve been playing around with the Powerpack 450+ for a couple of weeks now and I’m very impressed with the build quality of the product. You know how some portable power pack modules feel really cheap in your hands and as though they might break if you were to use them in the great outdoors? Well, the Powerpack 450+ could probably take a beating from a pack of stampeding wildebeest or a horde of angry bears and still come out unscathed (N.B – PLEASE don’t throw this portable power pack at a bear as a means of escape. Not only is that a stupid idea, but it’s a waste of a good product).

The 450+ is made from a durable and flexible aluminium alloy that provides protection while keeping the weight of the product to a minimum. At just 5kgs, this portable power pack isn’t going to make any difference to the weight of your van whatsoever and won’t break your back when you want to lift it outside. While it isn’t something that you would want to strap to your backpack when going on a hike, it’s much lighter and quieter than many, if not all of the leading suitcase generators on the market today, and it’s fume-free and a lot greener too!

It might look deceiving on the pictures, but the 450+ is actually quite a small portable power pack. I had no trouble fitting mine into a cupboard in the van and it isn’t in my way when I’m moving around in the living area. The two flip-up handles feel incredibly sturdy too: I don’t feel like they’re going to break off when I pick it up and I can get a good grip around them when moving the product. To cut a long story short, everything so far has filled me with confidence.

I thought you’d never ask. This portable power pack has an ultra-powerful  Lithium-polymer battery hidden away inside which provides the user with 444 Watt Hour (Wh) of battery capacity. I have included a chart below that shows you how long it can operate some of the van life essentials that you might need to take with you on the road or that you might use in your shed house or tiny home in the woods. The figures are impressive; 30 full smartphone charges, 6.7 hours of laptop charging time, 130 full charges of an electric shaver. That last one is especially handy if you’re a bald eagle like myself! 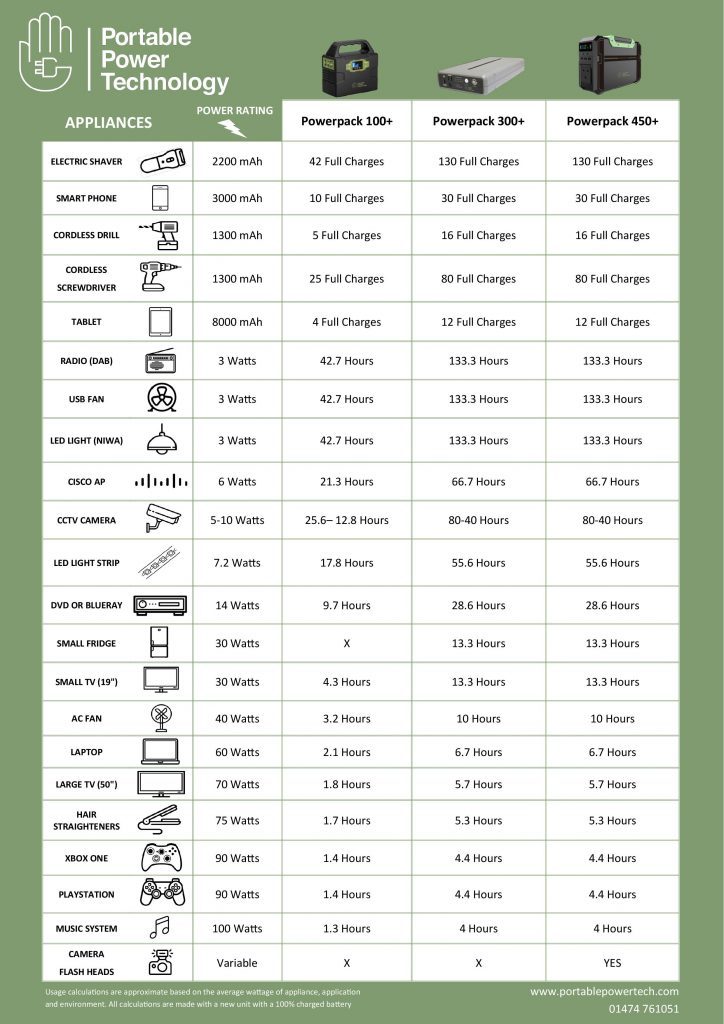 One thing that I hate about most electrical products is the fact that you need a degree in Mathematical Engineering just to be able to turn them on! This portable power pack is so easy to use and has a simple LED display that tells you how much battery charge you have and whether you are in AC or DC mode. I was thunderstruck when I found out how foolproof it was (sorry; I couldn’t resist).

The Powerpack 450+ is crammed full of safety features to keep you and your devices from getting zapped. It has five safety protection levels that include short circuit protection, as-well-as overload and over temperature. It also has high-temperature resistance, meaning that you can use this portable power pack in temperatures of up to 60 degrees Celsius. Lithium batteries work great in the cold too, making the Powerpack 450+ a go-to electrical powerhouse for all seasons.

The power pack itself has multiple outlets including a three-prong-plug socket for your 240V appliances (I’m using it as I write this sentence). It’s built for charging USB devices with ease and features both 15W and 40W USB-C outlets for devices that support fast charging. Plus, the pure-sine signal won’t damage your expensive gadgets like other sub-standard portable power pack products that you might have come across on the internet. There’s even a car-charger port for any 12V DC appliances that require an adapter – PPT has thought of everything!

How Do I Charge This Portable Power Pack? 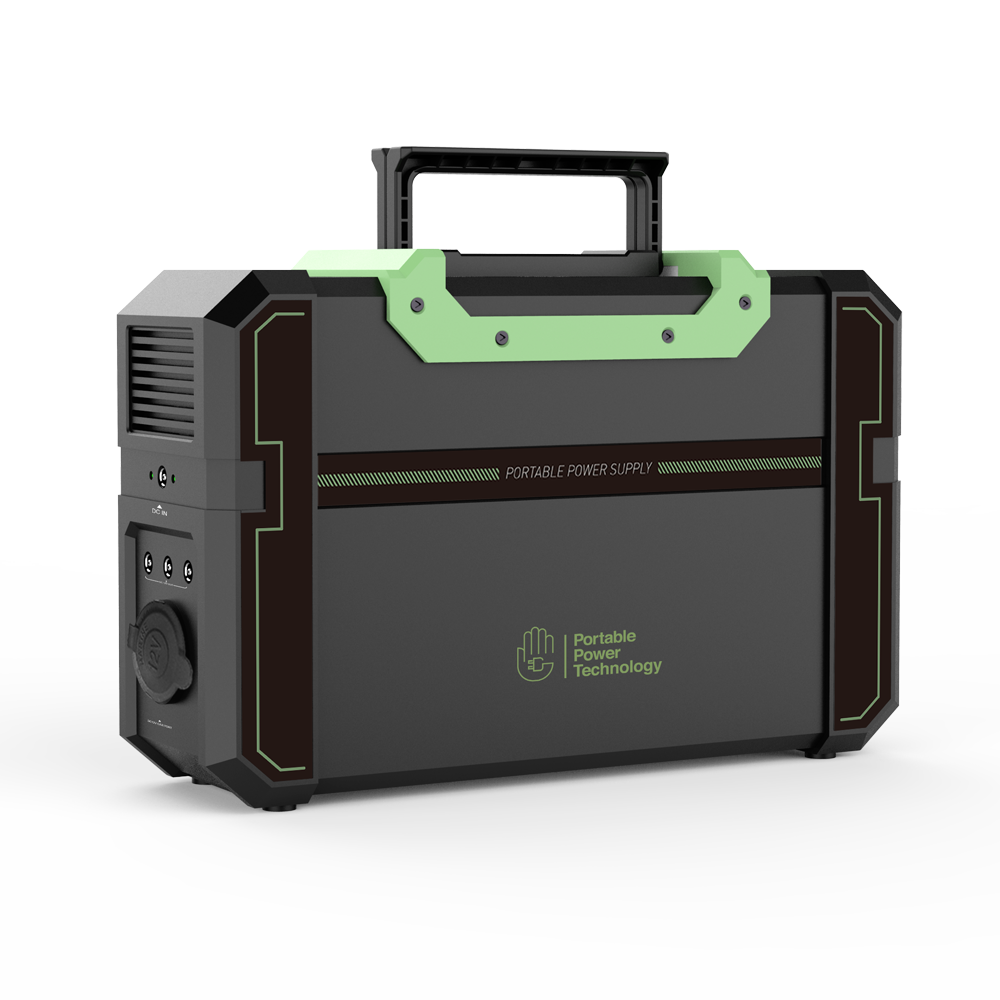 The Powerpack 450+ comes with an AC charger, a car charger, a solar cable (MC4 compatible, which I’ll come on to in a minute), and a 12V to car DC socket adapter. The device came with plenty of charge which allowed me to start using it straight away, but I topped it up at a friends house before we set off back out on the road again. You know when your pack is full when the little red light turns green; I told you it was foolproof!

But how can you charge the 450+ up on the go, I hear you ask. Well, you could always sit in a coffee shop for a few hours until it’s pumped full of electrical goodness, but I have an easier solution for you.

If you’re looking for the ultimate off-grid electrical combo, then you can buy the Powerpack 450+ with a semi-flexible 60W solar panel to keep you topped up whenever, wherever. You can choose to keep the panel for portable use, giving you the option of changing your charging position as and when the sun moves, or you can mount it to the top, side, or back of your vehicle and not have to worry about the extra faff and cost that comes with installing a solar regulator and controller set up. I’ve chosen to keep my solar panel as a portable unit, and luckily for me it fits perfectly on the shelf underneath my bed. It’s quite a large item, so vanlifers in smaller vans might have trouble storing it if they don’t have a fixed bed. But hey; that’s what the thin space behind your driver’s seat is for, right?
Pro-tip – the polystyrene packaging that the panel comes in is a great way of storing it if you’re worried about damaging your panel in transit.

The Powerpack 450+ comes in at £499.99 (inc. vat) for the unit itself, which is almost £300 cheaper than PPT’s main competition in the portable power pack field. For an extra £75, you can equip yourself with the 60W solar panel and a lamp for using in your cabin, glamping pod, van, tent, or just hanging from a tree! The whole kit is great value for money and works with zero fuss.

I know I’m paid to be super critical about van life gadgets, but I honestly can’t find anything wrong with this portable power pack. It’s easy to use, it’s lightweight, it’s affordable, and it’s perfect if you can’t afford or just plain-old can’t be bothered to install a super hi-tech electrical system in your van. If you’re a weekend warrior, then you need this power pack in your life, and if you’re considering travelling for long periods of time or moving to a homestead in the middle of nowhere, then the 450+ is one piece of kit that you should put to the top of your wish list. Head over to the Portable Power Technology website for more details, to purchase, or just to start a chat with one of the team – they love a good chinwag.

Powerpack 450+ £499.99 9.1 9.1/10 Pros Ultra-powerful Lithium-polymer battery Fast USB and 240V charging ports Built-in safety features Strong and durable Cons Not suitable for taking on a hike Buy Now Overland storage boxes are essential to life on the road because they provide compact solutions to store all of your van life gear. The […]

Powerpack 450+ £499.99 9.1 9.1/10 Pros Ultra-powerful Lithium-polymer battery Fast USB and 240V charging ports Built-in safety features Strong and durable Cons Not suitable for taking on a hike Buy Now Overland adventures can last for months or years at a time, so packing the correct overlanding gear is crucial. The last thing you want […]

Powerpack 450+ £499.99 9.1 9.1/10 Pros Ultra-powerful Lithium-polymer battery Fast USB and 240V charging ports Built-in safety features Strong and durable Cons Not suitable for taking on a hike Buy Now What adventure is complete without some fun on the water? While your van might not have space for a canoe or boat, we’re willing […]