The VW Camper That You Never Knew Existed!

We recently caught wind of some sad news; the VW Beetle has once again been confirmed dead. This is the second time that the mighty VW have pronounced the end of this iconic motor, and it looks as though they really mean it this time. So, in homage to the trusty Beetle that we all know and love, we thought we’d look back at a little bit of VW Camper history that you might not have even known existed. 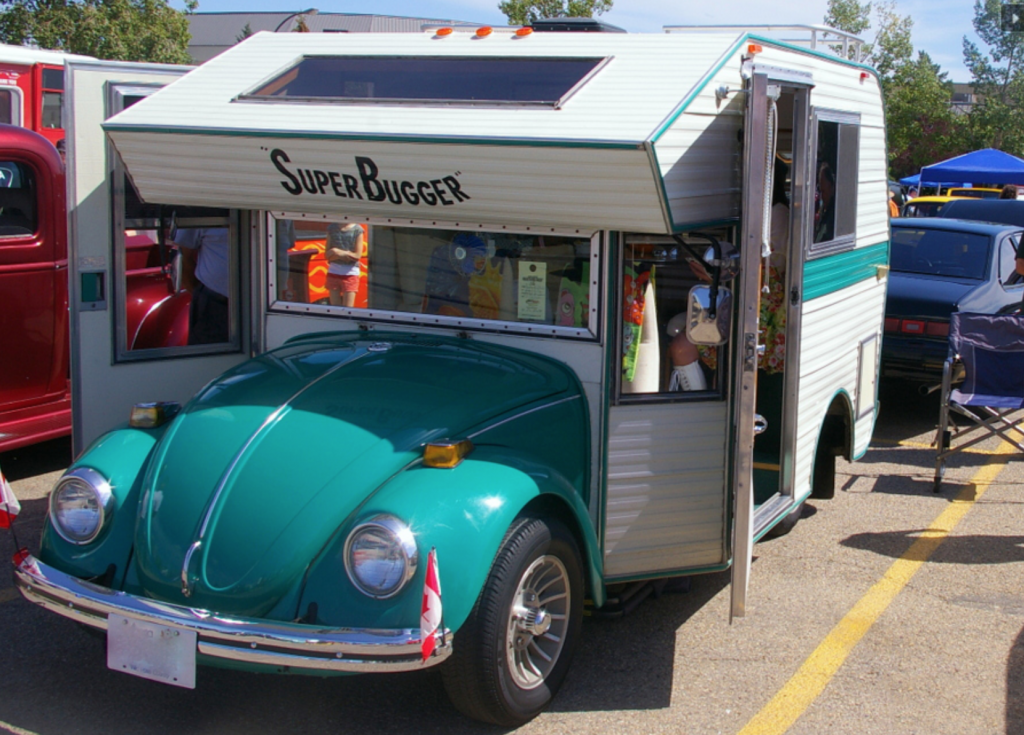 Now we know what you’re thinking, and yes, this was real. Part VW Beetle, part RV, the affectionally (well we’re guessing it was meant affectionally) nicknamed ‘SuperBugger’ is a little piece of VW Camper history that gets slightly overshadowed by its older and more famous brothers and sisters. It’s a sight to behold, and once you get over the shock of seeing this odd looking motor, you start to see how much you’ve been missing for so long. 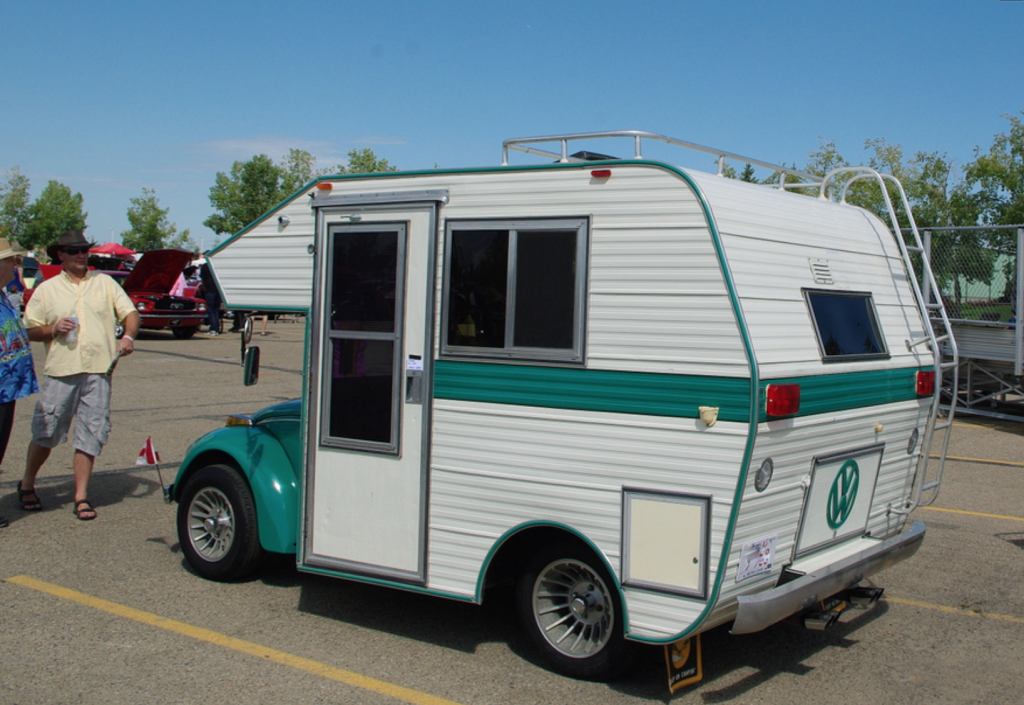 Windows, a roof ladder, enough space to stand up in, and a funky fresh VW logo in the same matching colour as the bonnet. What’s not to love? The whole thing makes us think of long road trips listening to the Beach Boys and kicking back with a few ice cold beers (once you’ve parked up of course). The inside’s not too shabby either. 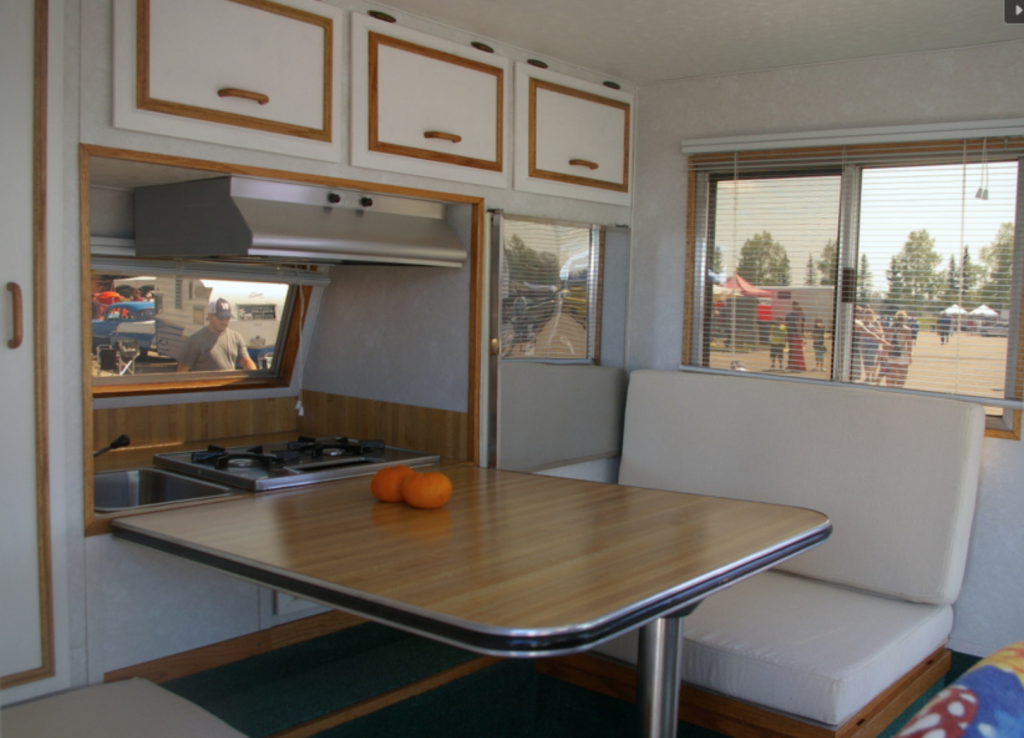 Cooking area, overhead storage, comfy looking seats; not bad for what at first glance looks like a made up vehicle eh! Even now, that seventies feel has maintained its sense of cool, heck from this angle it looks nicer than some of the studio flats that we’ve lived in!

It’s fun, it’s functional, and more importantly its a freaking VW for crying out loud. This rare piece of camping history has got us searching eBay with the Van Clan credit card poised and ready for that all important winning bid.

The Beetle may be dead…again…but its history will live on in the Bugaroo – the VW Camper that we hardly knew. 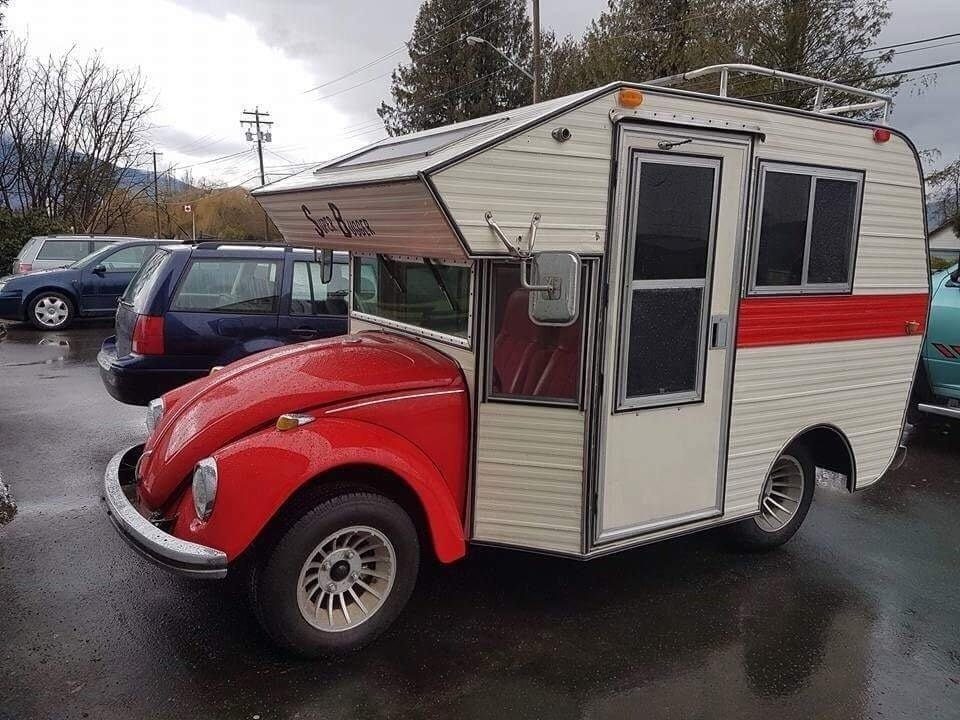 The Best Stocking Stuffers For Vanlifers Under $25

If you know a vanlifer, chances are you’re not too sure what to get them for the holidays. We’ve gathered some of the best vanlife stocking stuffers and the best part is, they’re all under $25!  Living in a van typically means that you have less space and tend to lean towards the minimalist way […]

The Most Useful Gifts For Vanlifers Under $100

As the holidays quickly approach, so does the undeniable push to buy a gift for someone in your life. Now, we are all for opting out of the gift tradition and instead, coming up with your own less consumer-based idea. However, sometimes. buying gifts for those in your life is a wonderful sentiment to send […]

The 9 Best Vanlife Gifts For The Holiday Season (Jackery, DJI and More!)

Do you feel like spoiling the vanlifer in your life (or yourself)?