Minivan Camper Is Becoming A Popular Choice For Vanlifers 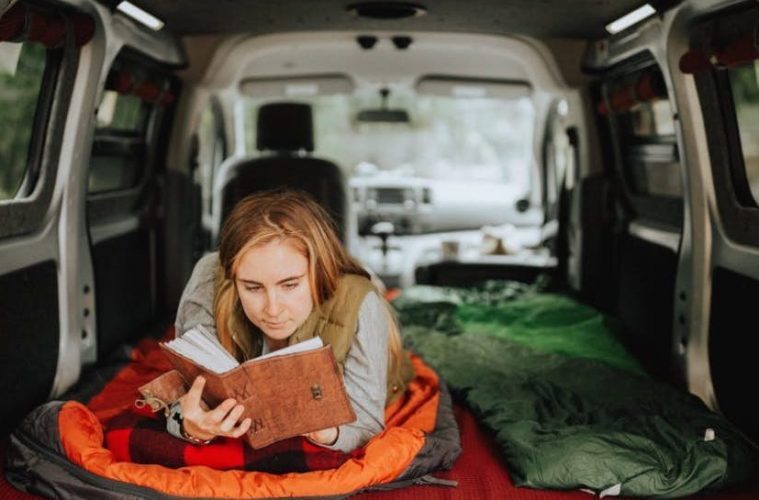 The pull of the open road is a force as strong as gravity. It never seems to relinquish its hold on you no matter how hard you try, and once you’ve spent a lot of time living in a van or travelling in a van, then you constantly want to keep going. Or, to take a more understandable quote from a famous crisp brand; ‘Once you pop, you can’t stop’. The two things that stop a lot of people from living the van life are the van life costs associated with getting a starter vehicle, and getting kitted out with all of the van life essentials needed for life on the road. This is why the Minivan Camper is becoming increasingly popular with new digital nomads seeking sun, sand, and adventure; it’s a one-stop-shop for all things minimalistic living, and it’s coming to a van life travel spot near you!

Do you fancy trying your hand as a Weekend Warrior? Have you ever thought about giving Full Time Van Life a go? Head over to our Van Lifers and Weekend Warriors Facebook Group and join our ever-growing community of vandwellers all across Planet Earth! Share Vanlife Tips, recommend Campervan Gifts, and learn all about the products used by your favourite Van Life Influencers!

Buying a large, monster camper seems less and less appealing these days, and the younger generation of vanlifers are looking for something that can fit into their stealthy, secretive lives. I’m not talking about them hiding out on stake-outs and searching for clues while eating doughnuts; I’m referring to the fact that more and more people are living in campervan conversions to save money on rent and bills in a bid to save up for a house, an off grid adventure, or just to live under the radar in some of the top park up spots on the road. We’ve been looking into the idea of living the Minivan Camper life, and we’ve listed some of the pros and cons of this lifestyle below. Check out what we’ve found!

Could the Minivan Camper Be The Answer To All Of Our Off Grid Needs?

So first up, for anyone who’s wondering what a Minivan Camper is, let us give you a quick rundown. A Minivan is essentially anything from a Nissan NV200 down to a family Sedan car and, in the current movement of wanting to own and convert a stealth camper van, the smaller the better. You can convert almost anything into a camper (as this concept for the Mini Camper proves), though the amount of space that you have will obviously determine how comfortable the overall living experience is. Let’s take a look at a few examples below to give you a feel of the kind of thing we’re talking about.

This Minivan Camper from Cascade Campers blows my mind. On the it looks like an incredibly normal sedan car, the kind that you might see your boss driving to work or your mum taking the kids to school in. But once you open up the door, you’re met with a camper conversion that sleeps two and has a sink for washing your hands/body and food prep.

Once sat down inside the camper itself, you have access to a swing-out table to eat or do work from, pull-out storage boxes, and power outlets to charge your phones and tablets while on the go. There’s a leisure battery and water storage in the back too, as well as a space to put a burner for outdoor cooking. This camper could seamlessly blend into everyday life without anyone batting an eye, which is one of the main reasons why people are quitting the 9-5 and heading out in search of a Minivan Camper. This conversion only costs $8’500 too, so it’s an affordable camper for anyone who doesn’t want to part with too much cash.

A Minivan Camper can fit everything inside that your Mercedes Sprinter Conversions can house but on a smaller scale. You could stick the same sized objects inside, but you might find it difficult to move! Take a look a this Mercedes Metris conversion and also the VW Caddy below, two smaller poptop campers that are perfect for day trips to the beach or extended weekend adventures in the forest.

This Metris Cargo Minivan Camper conversion from Peace Vans has everything that a family of four could possibly need while out in the wild, and at the same it’s small enough to not feel like you’re driving a mammoth modified campervan. Thanks to the pop-top tent roof, this camper can sleep four comfortably; two on the rock-and-roll bed/sofa combo and two up in the pop-top itself. It might not look like a tardis, but this Metris can fit a burner and sink, 20L of freshwater and batteries for charging all in this small space. There’s even a 49l fridge and space for a solar panel on the roof of this compact camper van. What a beast!

The VW Caddy is a vehicle that you’ll be seeing a lot more of around the Van Clan offices very soon, but we’ll tell you more about that when the time is right! It’s another reliable little nipper that’s perfect for converting into a Minivan Camper and much easier to park than a massive beast like the EarthCruiser or the EarthRoamer Camper. You won’t have any problems tootling underneath those height restriction barriers at your local supermarket, and parking in larger cities such as Barcelona or San Francisco won’t be a problem at all (now I’ve said this you won’t be able to find a parking spot ever again!).

Remember when I said that pretty much any vehicle could be converted into a Minivan Camper? @annablackwell is an adventurer, writer, photographer, and speaker that converted a VW Golf into a campervan that she took across Europe. That’s right; a VW Golf! Thermawrap stick-on panels provide insulation and privacy at night time, the boot has a bed frame in it, and a memory foam mattress adds the finishing touches. There’s a lockbox on the roof for storing extra items in for cooking and eating, and that’s about it! Anna scavenged most of the pieces of wood from her Dad’s garage, so the cost of this camper will have ended up being incredibly low, especially seen as though you can pick up second hand VW Golf’s for relatively cheap these days. Nice one Anna!

Ths Nissan e-NV200 is ideal for converting into a tiny eco house because it’s a fully electric van. There are huge advantages from living in an electric Minivan Camper, the most important being that it’s a lot better for our planet than the diesel guzzling giants of yesteryear. The other bonus is that they’re much cheaper to run per mile. The Dalbury E Electric is the worlds first all electric campervan with a running cost of just 2 pence per mile. That’s an astounding saving on fuel, and British Gas will install a home charging system for you for free. That’s a deal that’s not to be sniffed at!

The Cons Of Owning A Minivan Camper

If we’re going to look at a change in a trend or a new movement within the van life culture, then it’s only fair that we look at both the Pros and the Cons. Living in a Minivan Camper might be cheaper and a more attainable way of life for some, but there are some big negatives that immediately come to mind at the thought of living in such a small space.

Not For Long Term Use

I know of a lot of people that have stayed or travelled in Toyota 4Runner’s over in America, but it never seems to be for very long consecutive periods of time. It’s hard to merit using a Minivan Camper for long stints of off grid living due to the fact that you can’t cram it full of as many consumables as you can a VW California XXL or the Carado Axion. If you’re using it for a place to have a sleep in your lunch break or staying overnight at a friends house, then it’s a perfect solution instead of having to pay for a costly hotel or an AirBNB, but if you were to take one of these things on the road for an extended period of time, then I think the lack of space would start to get to you after a while.

Being able to stand up in a van was one of my main criteria when we built our own home, so living full time in a Minivan Camper would be off the table for me. If you were to take a tent with you on your travels and get to spend time away from the inside of the van then it could be do-able; sleeping under the stars is always preferable to staring at a metal roof a few inches from your face.

If you compare a VW Caddy to one of these Sportsmobile 4×4 pop-top vans, then there’s no comparison as to which will do better off the grid. Getting to hard to reach places is what van life is all about, finding those secluded park-up spots that no one else has found away from all the tourists and the hustle and bustle of the city. A VW Golf might be a little nipper when travelling down the Autobahn, but I’m not sure it could cope with rocky forest paths and sandy dunes.

You Don’t Have A Ready Made Home

No matter whether you have the best intentions to turn your Sedan or your Ssangyong Turismo into a comfy camper, the reality is that it’s going to take you a while to get it ready for you to relax in whenever you come back from a walk or pack up with gear for your next trip. Having a van that you can stand up in and a static bed means that you can always lay down when you want, and there’s enough room for everything to store away neatly without spilling over onto the driver’s seat. Everything is exactly where you left it in a specific place that cn be easily found; it just works better!

The final thing I want to touch upon is cost, because I think that this is often a misleading subject. A lot of the conversions that we’re seeing above cost between $7’000-30’000, which depending on your definition of cheap will either be a good deal or a crazy one. Bear in mind that the majority of those prices don’t include the base vehicle in the cost either. I bought my van for £3000 (around $3’7000), and then spent another £4’000 ($4’900) doing it up. It’s a Maxi Roof Panel Van which is big enough to stand up and stretch my arms up straight, and it cost less than the conversion price of the Toyota Sienna stealth camper at the top of this article.

Buying a Minivan Camper seems a little bit on the pointless side when you can build a campervan yourself for a lot cheaper. Building a Minivan Camper would be the way to go if you specifically wanted a small vehicle, so weigh up your options carefully before you part with any cash. Check out our article on How To Build A Camper and our e-book for more details on how you can build your own home and save money at the same time.